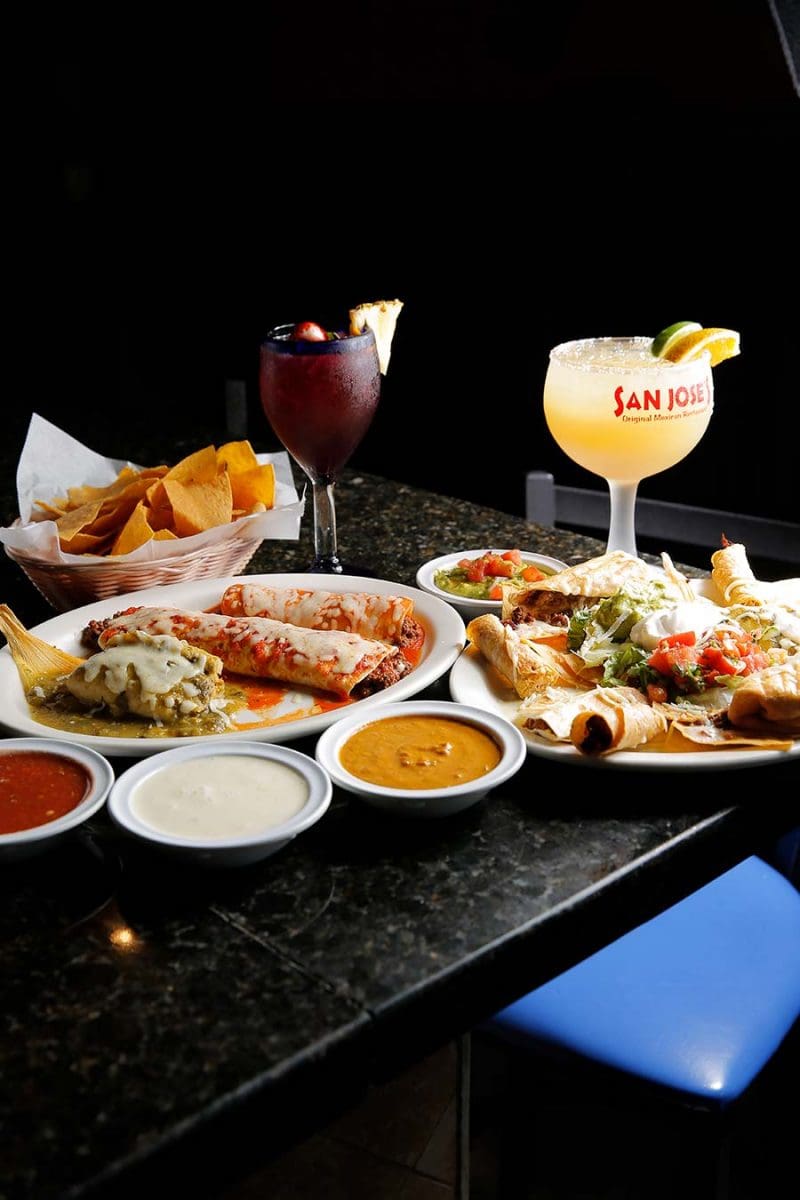 In 1968, Dionne Warwick released the popular song, “Do You Know the Way to San Jose?”

Yep, I most certainly do. And going there is well worth the trip. No, I didn’t drive to the scenic city in California, I dined at San Jose’s Original Mexican Restaurant in Clermont.

Three friends and I sat in a spacious booth, with an overhead lamp that nicely illuminated the restaurant’s extensive menu. Mexican music played softly in the background and didn’t drown out conversation. Our waiter, Andres Ortega, brought out chips and salsa, and the chips were warm and the salsa was flavorful with a nice kick—but not too hot. For an appetizer, we ordered the Sampler Platter, featuring a diverse selection of quesadillas, chimichangas, flautas, nachos, and tamales. I particularly enjoyed the tamale because of the tender, shredded chicken that is steamed to perfection in a cornhusk.

For my entrée, I went with the tried-and-true chimichanga. It did not disappoint. The golden brown, pan-fried exterior was smothered in a delicious cheese sauce, and the inside was loaded with seasoned ground beef and savory spices.

Next time, I’ll likely try the California Burrito Jr. That’s what my friend ordered, and it looked delicious. It comes with grilled steak, sour cream, guacamole, lettuce, rice, and refried beans. Another friend selected an enchilada and taco combination, which looked equally tasty.

We rounded out our meal with delicious fried ice cream.

If you’re craving scrumptious Mexican food, it’s time to find your way to San Jose. Fortunately, the trip won’t be far for residents of Leesburg because the restaurant’s owners recently opened a new location there.