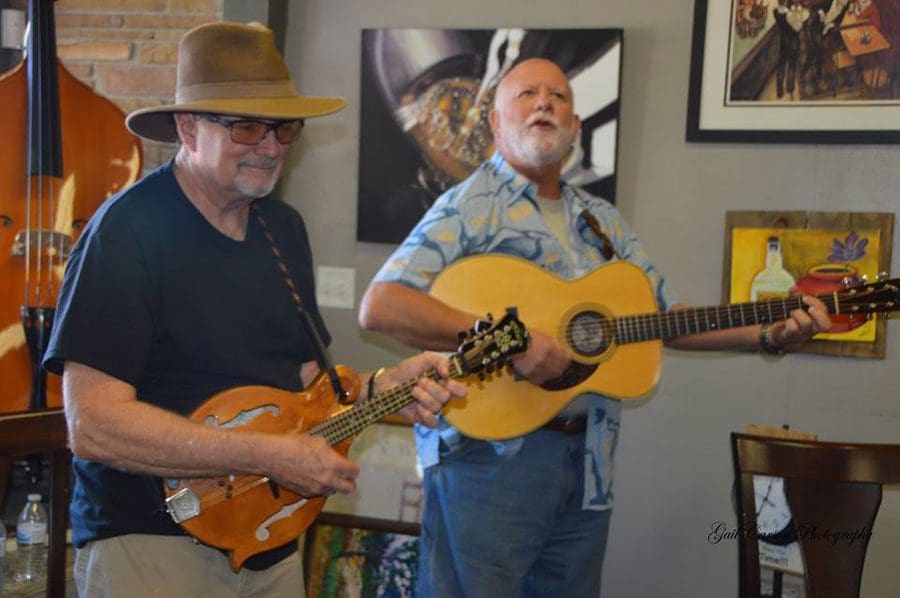 The Lake County Folk Festival moves through the city of Eustis with a local duo.

The popular Lake County Folk Festival is coming in November to Eustis and features a local duo: Smithson and French. Singers and songwriters Paul Smithson and John French perform American folk music in venues throughout Florida.

The two are prolific with their music, spending a lot of time in the studio recording new material, according to their website. They especially enjoy performing at festivals, benefits, house concerts and special events.

A finalist in the Broward Folk Club’s 2019 South Florida Songwriting competition, Paul wrote his song “91 Days” as an homage to Lawton Chiles, the former U.S. senator and governor of Florida. The song placed second in the Will McClean Music Festival’s Best New Song Contest. Paul also tied for fourth place with “The Last Train Out of Fernandina.”

The 22nd annual Lake County Folk Festival is scheduled from noon-8pm Oct. 5 at Alexander Park and several indoor venues. The indoor venues are a new format for the event and include the Bay Street Theater, Porter’s Camera and Frank, Wine Cellars Uncorked, along with the Alexander Jam Tent.

The unique music festival also is the longest-running free festival in Central Florida, says Kathy Wallace, one of the organizers.

“We’re excited to have several indoor venues for listeners to enjoy music,” she says. “And don’t forget, there also is a funniest song contest that is open to the public.”

Other performers coming to the festival include 2PM, the trio of Pete Price, Pete Hennings, and Mike Jurgensen; Chuck Hardwicke, who people say writes songs that are “images of Florida;” and Doug Spears, a fifth-generation Florida native who is a troubadour storytelling and performing songwriter. In addition, you can hear Frankie J and the Chicken Parade, Hard to Port, Jackson Creek, as well as the duo of Jerry Mincey and Tony Maculoso. The program finishes with the Lake Eustis Area Dulcimer Players, Lauren Heintz, Medi Carr, Michelle Ingrham, Mike Worrall, Peters Roads Swamp Blues Band, the 502s and the Ashley Gang.

“A jam tent where everyone is invited to bring their instruments and voices to play and sing along will be in Alexander Park,” Kathy adds. “This is always a good time.”