Revelers dressed in purple, green and gold costumes watch as a fire-eater blows a golden flame from his mouth. Masked men and women riding in glowing decorated floats throw beads and candy to the excited crowd. An 8-foot-tall stilt walker precariously balances on wooden pegs as curious onlookers admire his larger-than-life persona.

Yes, these are some of the sights at Mardi Gras, but don’t assume you have to make the 601.2-mile trip to the Big Easy to see them. Leesburg is hosting its own version of the popular event from 11am-11pm Saturday, Feb. 15.

In its 23rd year, the Leesburg Mardi Gras is dubbed “12 hours of Mardi Gras madness” because visitors enjoy an entire day of food, fun and fellowship. You won’t find the French Quarter or Bourbon Street, but the downtown area is filled with the sights and sounds of New Orleans. 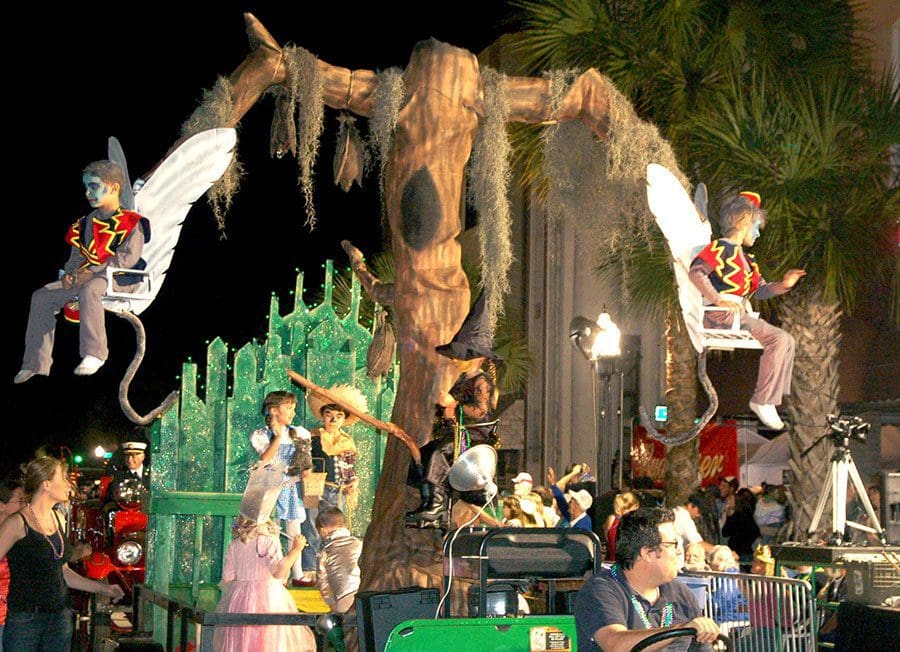 “People really love the parades,” says Joe Shipes, executive vice president of the Leesburg Partnership, which organizes the event. “Our Mardi Gras usually draws between 5,000 and 10,000 people who love lining the street to watch the three parades we have throughout the day.”

A kids’ parade at 11am kicks off the festivities. Children in marching bands fill the air with music while youngsters on dance teams show off their moves. Following that is a pet parade at 2pm when costumed pooches in Mardi Gras attire take center stage. For the Mardi Gras parade at 7pm, revelers line up along the parade route to snag shiny, colorful bead necklaces.

The people in the crowd who have many layers of beads around their necks typically have the quickest hands.

“It’s all about the beads,” Joe says. “People go crazy over them and really try hard to grab as many as they can.” 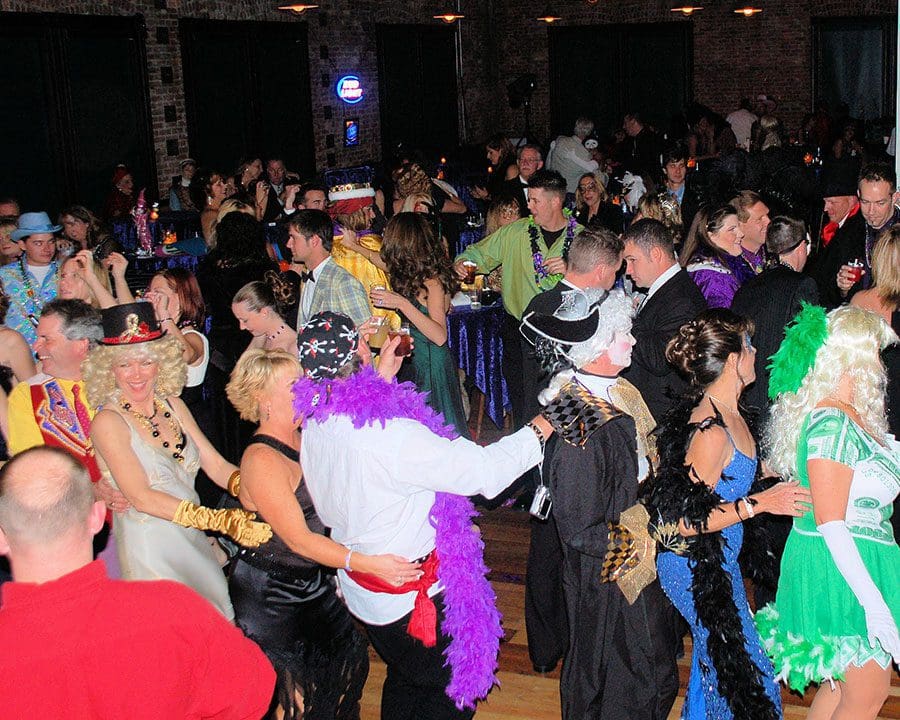 The entertainment is typically a big hit, too. Among the headline acts is Beautiful Bobby Blackmon, a blues guitarist and vocalist who has performed at B.B. King’s Blues Club in Orlando, as well as festivals in Lake County and venues in The Villages. He will showcase his unique style of blues music at 3pm. The Mudds, known for their smooth jazz and blues style, will perform at 11 am.

“We’re excited about having Nightrain here,” Joe says. “Many of the songs they’ll perform are still immensely popular today.”

The festival also features street performers, stilt walkers, jugglers, tightrope walkers and fire-eaters. Spectators also can see the crowning of Leesburg’s King Rex and Queen Divine, honors that are awarded to the man and woman who raise the most funds for the Leesburg Partnership in the weeks leading up to the event. 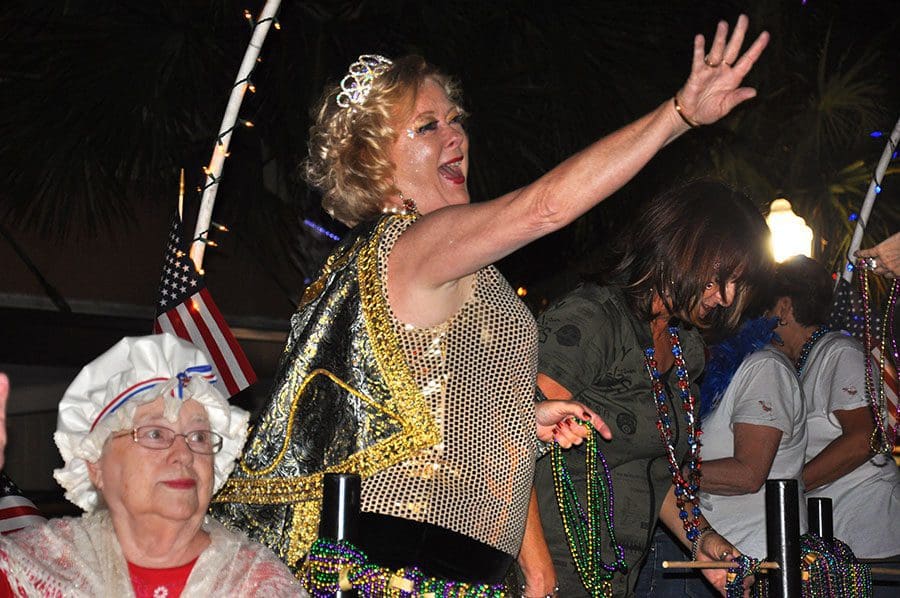 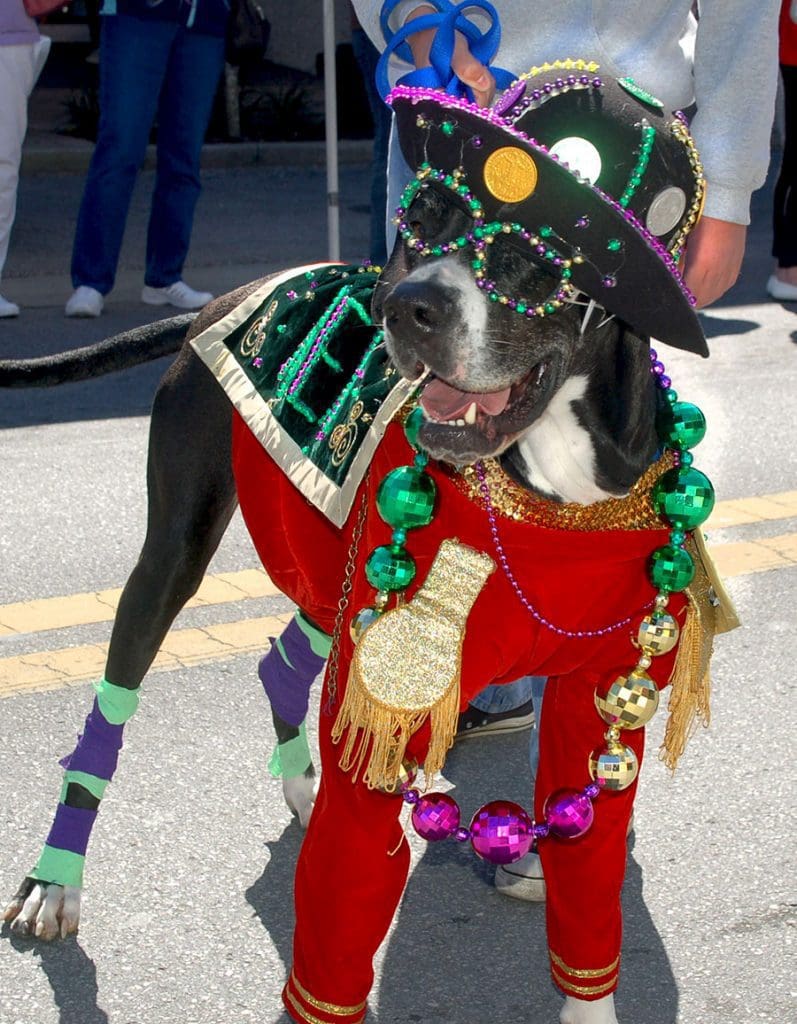 “Mardi Gras is great for the downtown merchants because it introduces more people to our downtown area, and when they see what we offer, they come back,” she says. “Everybody has lots of fun, and the parades are spectacular.”

Jayme Johnson, of Lady Lake, won the title of Queen Divine in 2015. She would never dream of missing the event.

“I love being in the parades,” she says. “The coolest thing is when you’re throwing beads and seeing the smiling faces of people in the crowd. It’s a great time for the community to come together.”

For more information, visit leesburgpartnership.com/mardigras or call the Leesburg Partnership at 352.365.0053.