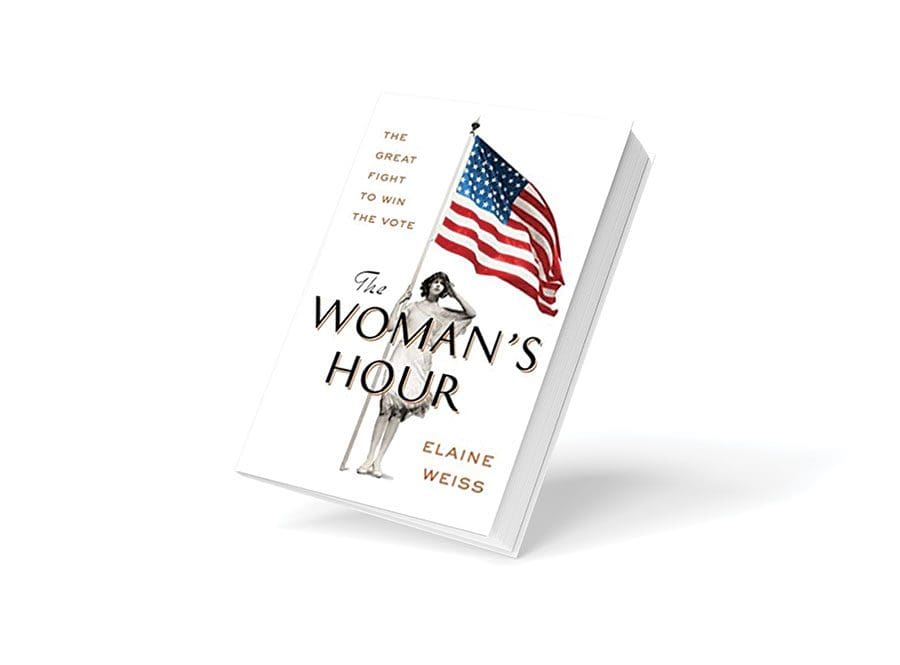 By Elaine Weiss. The suffrage struggle is a vital remembrance in this election year.

Every Election Day, a steady stream of people journey to Mount Hope Cemetery in Rochester, New York, looking for a specific grave. When they reach it, they add their “I Voted Today” stickers to the tombstone of Susan B. Anthony. Her name is most frequently mentioned as the leader of the fight for women’s right to vote.

This year celebrates the centennial of the adoption of the 19th amendment. Women’s Equality Day is Aug. 26, the day Tennessee became the 36th state to ratify the amendment, which made it part of the U.S. Constitution.

“The Woman’s Hour – The Great Fight to Win the Vote,” by Elaine Weiss, is so appropriate during this centennial year. The focus of the nonfiction book is the final month of summer in 1920 in Nashville. As the push for ratification concludes, many parts of the earlier struggle are summarized through flashbacks and character biographies.

Some people (the Suffs) were in favor of the amendment, while others (the Antis) were opposed. Some women were adamantly opposed to getting to vote. Additionally, the women who were in favor of suffrage were divided. Some were polite and patient; others were militant. Lobbyists and politicians ran the gauntlet of these differing factions. Nashville became ground zero, where both sides had their last chance to prevail.

When women’s suffrage is mentioned, most people immediately think of Susan B. Anthony, but she was not one of the women in Nashville for this final struggle. In fact, she died in 1906, a full 14 years before the amendment was adopted. Those who sacrificed so much for the right to vote need to be recognized and remembered: Carrie Catt, Ida B. Wells, Abby Milton and many more.

Women were not “given” the right to vote. They fought for it for years. We need to remember this battle at each election. Your right to vote will mean even more after reading “The Woman’s Hour.”