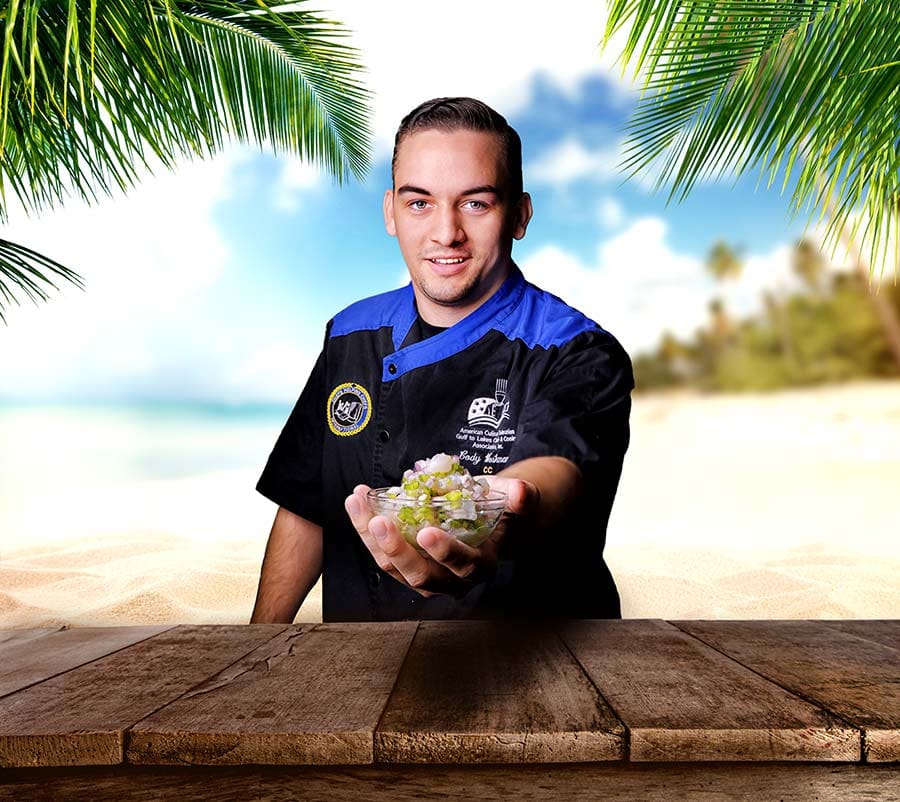 Cody Workman loves to talk food. He also has a knack for keeping calm during stressful times in the kitchen, thanks to music, and he relishes free time to enjoy fine dining with his girlfriend, Tarah Philotoff, who’s also a chef.

“It has been a fun life and I have experienced a lot; this career allows me to travel to work,” says the Mount Dora High School graduate. “People are surprised I’m so young, cool-headed, and how far I have gotten. The hardest part is dealing with the stress level of the kitchen and the long hours. A normal day in the kitchen is 12 to 14 hours for one shift, and if you pull a double, it’s like 16 hours. You cope as long as you stay busy.”

One way he copes is listening to music playing in the background. “I just shut my brain off. Music helps drown everything else out, and be able to focus and be creative,” he says. “It helps to focus on cooking and just have fun.”

He traces his love for the kitchen back to childhood days.

“I grew up cooking; my grandmother was a baker, so I already had the knack for cooking and being in the kitchen,” says Cody, who cherishes fond memories of going to Nebraska to spend summers on Grandma Mary Lou’s family farm, where her huge garden was overflowing with fresh raspberries and strawberries, and her “root cellar was canning heaven.”

“When she was baking, I was the only of my siblings allowed in the kitchen because I was the only one who didn’t keep eating everything,” Cody says. “And I followed instructions.”

“John pushed management of timing, food orders, being in charge of a group of people. He had a lot of meetings, so I was in charge of the other students during the class periods. In the mornings, he would give me a clipboard and he would tell me, ‘This needs to be done for tonight’s catering,’ and I wouldn’t see him until that night’s dinner. It was a good experience,” he says.

“I did my year there and it was a lot of fun; I did a lot of experimenting and a lot of baking,” he says, which landed him a job at the Hollerbach’s Willow Tree Café, a German restaurant in downtown Sanford.

“I worked a year there and learned a lot about how 12 guys can work in a confined space. We were shoulder-to-shoulder and we stayed open some nights three hours past our open hours because people were still coming in,” he recalls.

Cody’s coworkers practically pushed him out the door when he got a phone call from John asking him to come work as a sous chef at an island restaurant in St. Croix. John was invited to be the head chef and felt he could count on Cody to run the restaurant when he wasn’t around.

While in the Caribbean, Cody enjoyed the island life and spearfishing for lionfish.

“Once you cut their spines off, it is one of the best-tasting fish I have ever tasted. It’s white flesh, a smaller fish, but it is delicious,” he says.

His experience in St. Croix opened the door for an invitation to work for magician David Copperfield on his private, high-end island in Exuma Islands, Musha Cay at Copperfield Bay in the Bahamas.

“I spent four years working on that island. It was interesting, and I learned how not to sleep,” Cody says, grinning. “There was only two of us in the kitchen cooking for 24 guests on average.”

Guests would rent the island while Cody would cook breakfast, lunch, dinner, cocktail snacks, and midnight snacks during most of the guests’ visits.

“We learned how to work with what we ordered, and how to work with less sleep. You had to to think on your toes constantly,” he says, recalling a boat captain friend would dive for lobster. “And a lot of the guests liked the fresh sushi.”

Cody resided on the island when guests were staying there or when the head chef was on vacation.

“The longest I was there was five months straight,” he says. “The first year, I was at the island twice a month, back and forth, so I lived pretty much in airports.”

Cody also cooked for the celebrity magician a few times and enjoyed dining with him twice. “He’s very nice and a generous guy.”

Cody has since slowed down his time at Copperfield Bay to pursue more culinary avenues. The sous chef has been told he has experienced more exciting moments in his short career than many chefs twice his age ever encounter.

He has done cooking demonstrations and prefers “to throws things together until it tastes right. Sometimes I will go by smell. If it smells good, looks good, I know it will be good.”

He admits he often forgets to write down ingredients of popular dishes he makes.

“I am really bad with writing recipes,” Cody says, recalling it was a challenge when a head chef asked him to whip up some dishes that had been big hit with island guests in the past. “I was just lost because I couldn’t remember what we did!” 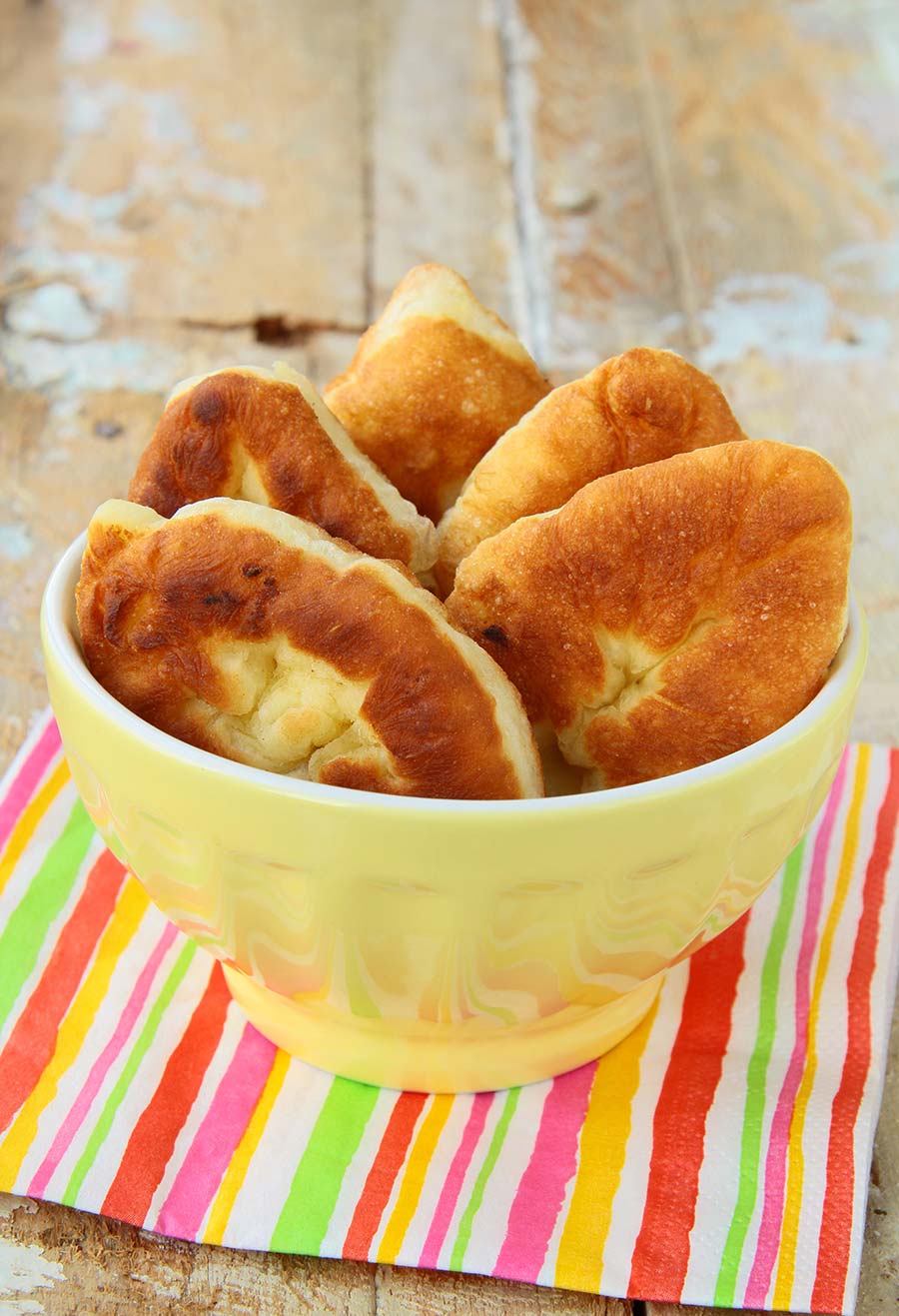 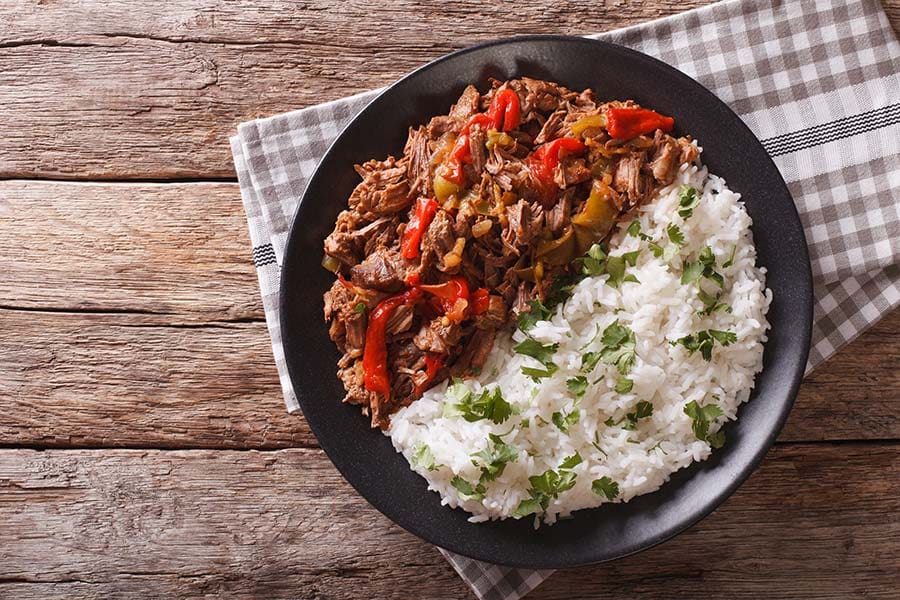 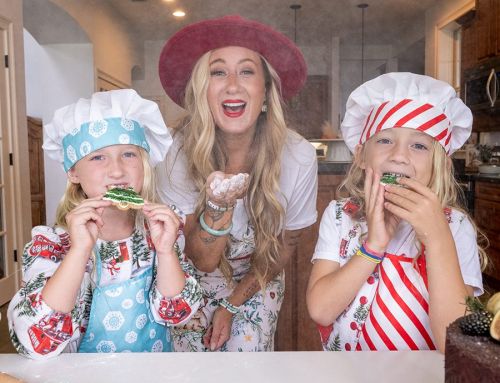