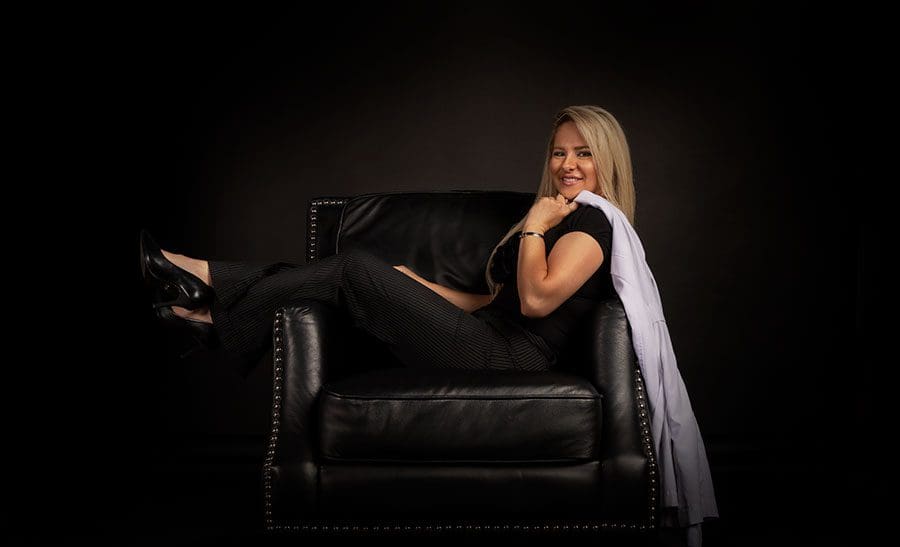 Emergency room doctor shares a first-time experience as an intern.

An emergency room doctor at Leesburg Regional Medical Center, Dr. Hillary Stricklen clearly remembers the first time she heard “code blue,” and it was meant for her.

“Code blue is the term used when a patient suddenly loses cardiac or lung function. “I remember that call like it was yesterday,” she says. “I was terrified of running my very first code blue. It’s something we study for, but it’s like reading and memorizing a recipe before you’ve ever cooked in a kitchen.”

He took off and Hillary had no choice but to follow. A retired Navy Seal, he headed for the stairs and four flights later, Hillary arrived breathless in room 415.

Four nurses, a respiratory therapist, two medical students, two nursing students, a paramedic, and a technician looked to her for direction.

“I wasn’t comfortable, but my eyes went to the one person in the room not staring at me—the man lying on the bed not moving or breathing,” Hillary recalls. “The paramedic was performing CPR, and I was told he had no pulse.

“I took a deep breath,” she continues. “My favorite nurse gave me a 10-second history and we began cooking. I had to give orders.”

“I held my breath and prayed as I watched three different living hands make their way to his neck, wrist, and groin to check for the return of life,” Hillary says. “Five seconds in, those moments feel like five hours. You can hear a pin drop; everyone is still and quiet until a verdict is rendered.

Hillary looked in desperation for one final confirmation, the monitor. Beep. Beep. Beep. What a beautiful sound. What a glorious rhythm: normal!

“I thought, ‘Oh, my god, I did it. I saved a life,’” Hillary says. “I was screaming inside. I felt my face beaming and a lump in my throat. Like so many bookworms, this was my homerun, my grand slam. All this ran through my mind, but all I said was, ‘Perfect. Let’s get him to the ICU before he changes his mind.’

“As I left the room, my eyes met the familiar face of my preceptor. He had been there, watching and waiting to step in if needed. He smiled and said, ‘Nice work, doc. Let’s take the elevator. You earned it.’”