This N’ That: Everything must go 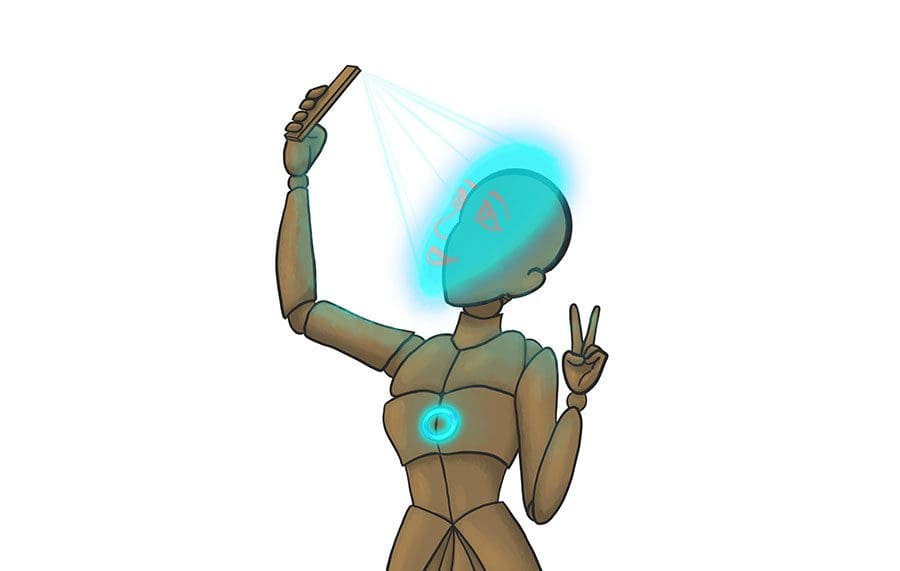 This N’ That: Everything must go

These thoughts come from the bargain bin of the mind.

Just in time for the holidays, here’s my end-of-the-year clearance sale on concepts that didn’t make the cut for this column during 2019. For better or worse, you missed out on essays like “Charlie’s Angels: 1970s Time Capsule” (it really is), “An Indecent Proposal to Paula Zahn” (it really was) and “You Might Be a Serial Killer If …” (you really are). Everything here is half off and half-baked:

Yesterday’s heroes are immortalized in statues: troops raising flags, generals drawing swords, athletes soaring to victory. Hmm. How will today’s famous men and women be captured in bronze? They’ll be raising their phones and taking selfies, of course. A nation is inspired.

I went to the doctor’s office and I was shuttled through a series of smaller and smaller waiting rooms until I wound up in a filing cabinet. I finally got to the examination room and noticed a sign on the counter advertising rectal foam. “Hey, Doc, tell me about the rectal foam. Is it as good as it sounds? How much can I get? Does it come in different colors? Scented or unscented?” The mind wanders when you’re waiting for 45 minutes.

After writing recently about a diagnostic dispute with a medical facility, I envisioned myself becoming bitter and obsessed like comedian Lenny Bruce, who was prosecuted on obscenity charges in the 1960s and wound up reciting trial transcripts at his nightclub gigs. You’ll soon see me, like Lenny, on the street corner reading transcripts from my civil suit against the health-care system. Then one day I’ll be found naked on my bathroom floor, dead from an overdose of Tums.

Shopping carts at the liquor store—just how much do you intend to drink?

From the large “Make fun of The Villages” file (750 gigabytes): The Villages’ district manager recently made a “special guest appearance” to provide updates on sinkhole issues in one neighborhood. In a humorous side note, the meeting ended abruptly when the district manager was swallowed by the earth.

Did you know that The Villages has deed restrictions on lawn ornaments? Imagine laboring for 45 years, scrimping and saving, devising the perfect retirement plan, finding an ideal locale in The Villages, where you think you’ll have the freedom to live your life any way you choose, and then you move in and your neighbor yells, “Hey, get that @#$%& gnome out of your yard!”

Paninis are a scam to put less meat in your sandwiches.

People in showbiz are always asked, “What’s your legacy?” Do you even want a legacy in the internet age? When you look up somebody’s name, who comes up first? Celebrities and murderers. Lil’ Wayne, John Wayne Gacy. Marilyn Manson, Charles Manson. Lizzo, Lizzie Borden. Chance the Rapper, Jack the Ripper. Al Bundy, Ted Bundy. Do you want that association through eternity? It’s a Google match made in hell.

Is it wrong to lust after Marie Osmond in the weight-loss commercials? Just asking.

After making so many references this year to “old man problems,” I was pulled aside by the powers that be here at Akers Media and told that we need to appeal to a younger demographic. So, look forward to these promotions in 2020:

Baby’s First Photo Shoot – Bring your baby in and we’ll do what we do best: photoshop the hell out of ’em. Your baby is never ugly at Akers.

A special pop-up edition with images like our Person of Interest police officer slapping the cuffs on you or doctors in medical ads coming at you with scalpels.

We haven’t forgotten the digital generation. All stories will be written in abbreviations, acronyms and emojis, and our digital edition will keep youngsters’ attention by periodically flashing the message, “You’re actually reading Facebook. Keep your head down and your eyes on the page.”

Also coming in 2020: the unveiling of the Akers Media mascot. Will it be a cuddly animal? (Akey the Alligator). An inanimate object come to life? (“Hi, boys and girls, I’m Mikey the Media Kit!”) Or maybe something ridiculous? Stay tuned.