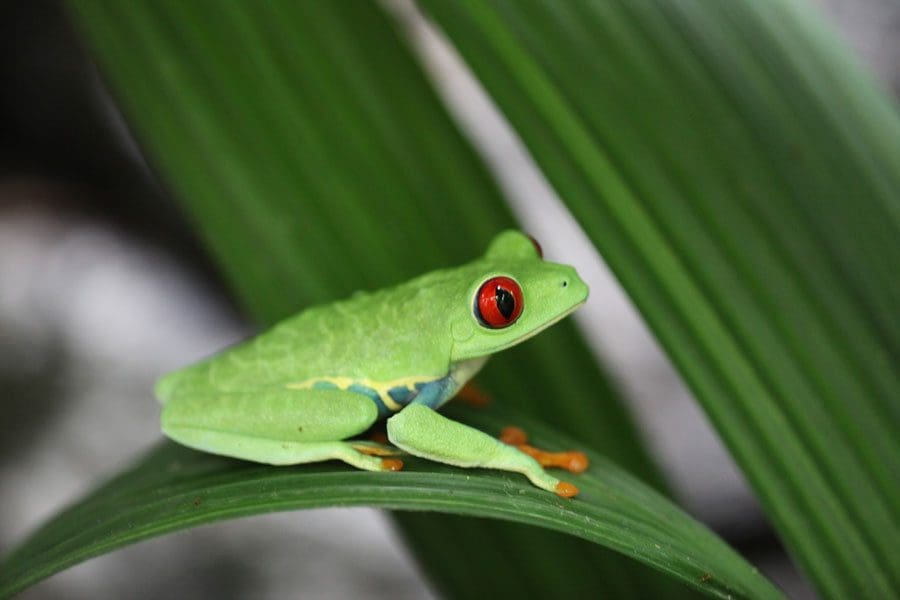 Mother Nature smiled on Costa Rica, the Central American country where many Floridians are finding the call of the wild hard to resist. Lush, green rainforests, scenic ocean views, and unspoiled environments bring a new understanding to living a pure life.

No alarm clocks were needed in Costa Rica; after all, I had howler monkeys outside my window that screeched loudly when the sun was rising. Sleeping late may not have been an option, but I didn’t really want to stay in bed when there were so many fun things to do and so many ways to find pura vida—the Costa Rican philosophy of enjoying life slowly and appreciating nature.

About the size of West Virginia, the small country is known for its rainforests and natural wonders. It’s a place where pura vida is more than the national greeting and motto. The Costa Ricans—known as Ticos—relish and protect their environment. Life is indeed pure with clean air, natural foods, strong family ties, and healthy outdoor activities. In 2015, more than 2.66 million tourists visited the country, and about 40,000 people have become “ex-pats,” making the peaceful, democratic country their new home.

“The environment is a huge part of the attraction,” says Gerald Baum, president and CEO of Baum Financial Services. He is also a principal in developing Arenal Hills, a luxury vacation and retirement property near La Fortuna and Lake Arenal in the north.

“Costa Rica is serious about ecotourism,” Baum adds. “It’s a compelling idea for a country to be so contemplative about nature and wildlife.”

Costa Rica has one of most diverse terrains on the planet, and 5 percent of all known species live there. More than 25 percent of the land is protected in wildlife preserves and national parks. From the rugged Osa Peninsula in the south to the majestic Arenal Volcano in the north and everywhere in between, Costa Rica is a nature lover’s paradise.

Baum also believes the location—only a four-hour flight from Orlando to San José—makes Costa Rica a popular destination with Americans. Visitors also become immersed in the Old World and romantic culture of the country that Spanish conquistadors began exploring in the 16th century. 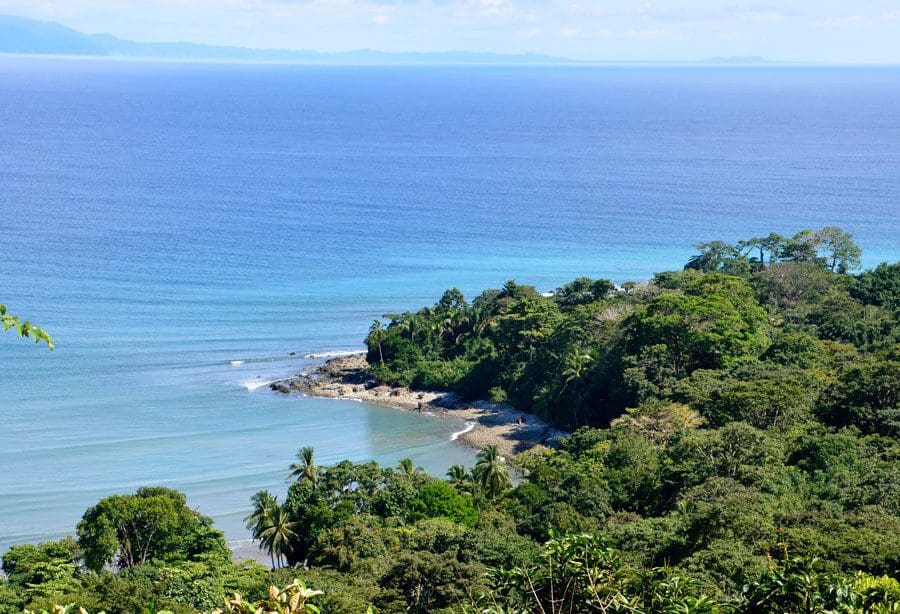 “Every time I go, a gear switches as soon as I get on the airplane,” says Baum. “A few hours later, I arrive in a different world.”

Indeed, the world was different in the Osa Peninsula, where I hiked, visited several yoga retreats, and enjoyed majestic mountain and ocean views. Unexpected encounters with wildlife in their natural habitats made hiking a photographer’s dream, even if one of those encounters involved a white-faced cappuccino monkey throwing sticks at me while I focused the camera.

The monkeys might not have been friendly, but the people were. Residents were eager to share their “authentic” Costa Rica. Visiting Rancho Raices de Osa, a working farm near Puerto Jimenez where I learned to make chocolate from cacao beans, was one of my favorite excursions.

Owner German Quiroz and his family opened their outdoor dining room for a real-life lesson about Costa Rican farming, culture, traditions, and—of course—chocolate. The family’s hospitality and knowledge make the Rancho Raices tours one of the most highly rated on TripAdvisor.

Yoga retreats, which are often owned by Americans, dot the landscape. Not surprisingly, many yogis have settled in Costa Rica, most likely searching for pura vida. Today, tourism centers on yoga and surfing, both of which are forms of active relaxation. No matter your age, you can learn to surf with lessons from outfitters like the Pollo Surf School on the Osa Peninsula. The same concentration and balance are needed when practicing yoga in a pavilion overlooking the ocean.

A week is not enough time to enjoy all the activities Costa Rica offers. Horseback riding on the beach, kayaking the mangroves, rafting on the Balsa River, zip-lining through the jungles, and more await adventurous souls. And I know from experience just relaxing in a hammock on the beach is often the best way to find pura vida.

TRIP TIP
Wet season in Costa Rica is usually May through November while dry season is December until April. As with most destinations, off-season (wet) offers the best hotel rates. However, navigating remote areas like the Osa Peninsula can be difficult during heavy rains.

FOCUSING ON WELLNESS
While most tourists head to the more-developed north, others search for pura vida in the Osa Peninsula in the south where many eco-lodges focus on yoga and wellness. Among some of the most picturesque:
• Iguana Lodge [iguanalodge.com]—An eco-lodge near Puerto Jimenez, this rustic facility embodies pura vida with hammocks on the beach, nearby hiking trails, and yoga instruction for all levels, including yoga classes for seniors.
• Lapa Rios [laparios.com]—Set in a private nature reserve spread over 1,000 acres on the tip of the Osa Peninsula, Lapa Rios is a National Geographic Unique Lodge that won worldwide awards for social and environmental excellence. The 17 private bungalows are luxurious and set 350 feet above sea level.
• Encanta La Vida [encantalavida.com]—This little gem calls itself a jungle beach lodge, and indeed it is. The remote location is perfect for getting away from it all. The hillside yoga pavilion has an incredible ocean view, and the vegetarian meals are delicious. Groups often book the nine rooms for retreats.
• Hacienda AltaGracia [altagracia.aubergeresorts.com]—in Perez Zeledon is a luxurious mountaintop resort where guests have their own “casitas” or private villas. Hike to a yoga pavilion, ride horses at the resort’s equestrian center, or enjoy a day at the world-class spa.

ABOUT THE WRITER
Mary Ann DeSantis has written features for Style publications since 2006. She was recognized with first place Florida Press Club Excellence in Journalism Awards for Travel Writing in 2012 and again in 2016.