Keep your lenses in for Boom Boom LaTrec 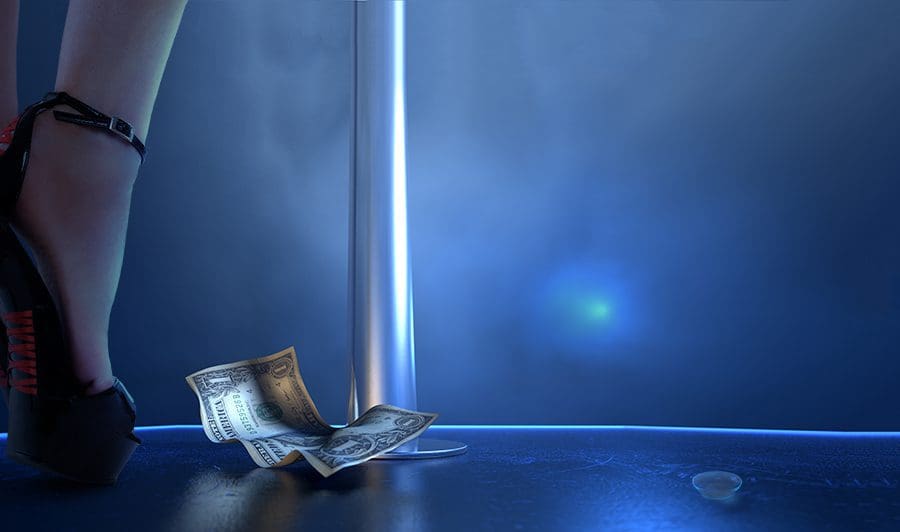 Keep your lenses in for Boom Boom LaTrec

Eyes a popping for the stripper.

What’s the most important invention of all time? You could make a pretty good case for a number of things, including the wheel, canned beer, sliced bread, Mr. Potato Head, and the internet. The Fidget and Brussels sprouts definitely are out.

One overlooked item that belongs on top of the list is the contact lens. That little chunk of circular plastic brightened the lives of many pudgy kids with Coke bottle bottom lenses in their glasses.

Contacts are a huge business today with hundreds of millions of people wearing them. That number likely would be more had not Lasik and cataract surgery been developed to correct eyesight.

Attempts to make a contact lens go back to Leonardo da Vinci in the 1500s. Da Vinci had the bright idea of altering vision by submerging the head in a bowl of water or wearing a water-filled glass hemisphere over the eye. Needless to say, this idea fizzled, so Leo turned to painting, where he did very well.

Another oldie-but-goodie, René Descartes, dabbled with the idea of placing a glass tube filled with water in front of the eye. From that flop of an idea, René learned that philosophizing pays better than inventing.

The first successful contact lens was invented in the late 19th century using blown glass and could be worn for only brief periods of time. In the 1930s, plastics were used. Lenses have evolved into today’s contacts, which can be worn around the clock.

Wearing contacts before the soft lenses were perfected was a challenge. After years of wearing thick glasses, I got a pair of hard plastic contacts in my 20s. They hurt. You could wear them only a couple of hours at a time until you got used to them. Initially, your eyes bugged out like a cartoon character with springs to push his eyes forward a foot or so out of his head.

The biggest drawback to hard contact lenses was they popped out and went flying into space for no good reason at all. I spent lots of time down on my hands and knees, rummaging through nasty floors looking for a transparent piece of plastic.

Through bitter experience, I learned that the worst possible place to have a contact pop out is on an ice skating rink. Yes, I know it’s hard to believe that I ever ice skated and it makes my ankles hurt just to think about it. Anyway, be assured that no one will ever, ever find a lens that dropped on ice.

Clearly, the most horrid loss of a contact lens occurred for me on the Great Excursion to See the Stripper. Remember, this took place a lot of years ago and we lived in the middle of the Bible Belt.

Strippers, along with liquor by the drink, were severe no-no’s in those days. The laws began to slowly liberalize and, before long, both booze and strippers were legal in a few places around the state.

We had gone to Virginia Beach with some friends for a mini-vacation. While there, we read that a strip-tease artist was performing at one of the night clubs. Off we went.

It was a full house, but we were lucky enough to get a table near the stage. We settled in and ordered some adult beverages while anxiously awaiting the performance of the stripper, who, as I recall, was named Boom Boom LaTrec.

Finally, the show began. The crowd went crazy as Boom Boom bounced onstage. She may have looked a bit like she’d been rode hard and put away wet, but what do you expect from someone named “Boom Boom”? There was considerable whooping and hollering from the crowd, which included a predominance of sailors from ships in nearby Norfolk. Boom Boom began her boom-booming routine, shedding one piece of clothing after another. The sailors went crazy.

Then, the unthinkable happened. One of my contacts popped out and I couldn’t see Boom Boom. I got down on my hands and knees, groveling through the beer-coated, stinky floor. I didn’t bother to ask for help because my wife was laughing at me so hard she spilled her adult beverage on my head. The folks at nearby tables had a hard time deciding which was more entertaining, me or Boom Boom.

Finally, I found the errant lens. It’s a miracle I wasn’t blinded by the crud on the lens, but I got it back in my eye—just in time to see Boom Boom strutting off the stage.

I heard a rumor that Boom Boom retired and moved to The Villages, where she line dances at Spanish Springs.

Keep your eye out for her.