This N’ That: Off the top of my head 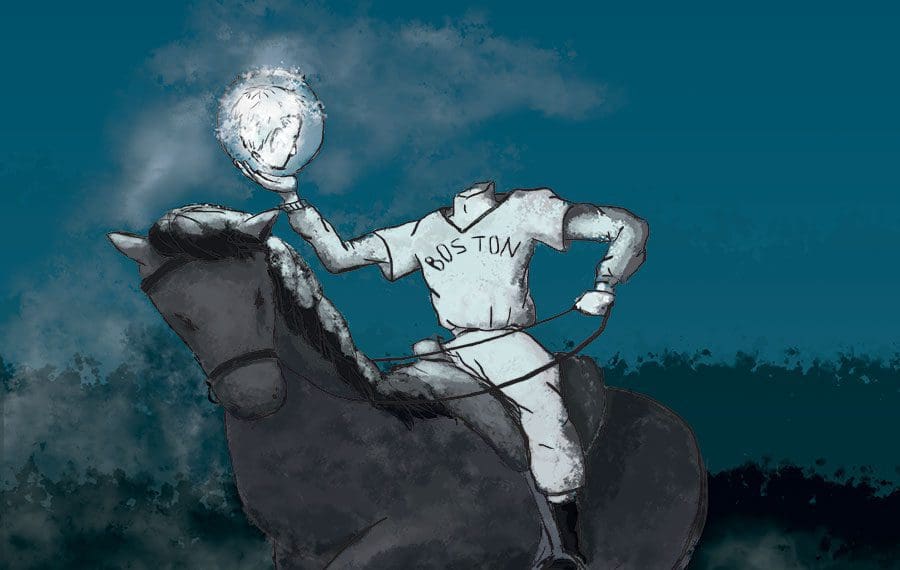 This N’ That: Off the top of my head

Halloween is a reminder of out-of-body experiences.

Whatever happened to Ted Williams’ head?

Remember that head-scratcher back in 2002? After the baseball hall-of-fame slugger died, his son had Ted’s head cryonically frozen, ironically in a lab in the hot desert of Arizona. Presumably, the son hoped that one day Ted’s head could be thawed, reanimated, and returned to the field as the Boston Red Sox version of the Mr. Met mascot. Or perhaps Ted’s head could be placed on top of a costumed lackey and he could race against the hot dog, bratwurst, and sausage mascots in between innings.

Thoughts about disembodied heads are floating around this month as writers across the country are visited by ghosts of Halloween past and warned about the journalistic cliché of writing a holiday column. They usually are scary bad. But I have the fearlessness, and the mindlessness, of a zombie, so here’s a grab bag of “fun size” bonbons and bon mots—no pennies, gum, or dental floss.

Somewhere along the line, adults misappropriated the night and turned it into an excuse for wearing skimpy costumes, over-imbibing, and debauching their neighbors. Well, I guess that’s not all bad. But if you must be a drunken idiot, please be a drunken idiot at home. No one goes to a party to see Biff and Doris from down the street twerking together as Abe Lincoln and Wonder Woman while drinking margaritas from a 3-foot-high glass and shouting, “How ya like me now?”

I always liked Halloween as a kid. For many years, I went out as Robin Hood, taking candy from the rich and giving it to myself. When I was very young, I wore hand-me-downs from my brothers. I recall a combo of cowboy chaps, a cowboy hat from a steakhouse, and a cowhide vest from a club that apparently still exists despite possible political incorrectness: the Indian Guides. That may be a false memory, however. Only therapy will unlock the truth.

One of my favorites was a costume with a plastic mask that had the odd juxtaposition of a Frankenstein face in an astronaut helmet. You could blow into a mouthpiece that was supposed to make a scary “oooohhhh” sound but actually sounded more like a kazoo. I’ve watched “Frankenstein” movies countless times, but I’ve never spotted him terrifying the villagers with a kazoo. As for the astronaut helmet, maybe I missed a film titled, “The Three Stooges and Frankenstein Go to Outer Space.”

During the rest of the year, every day at home was a little like Halloween. The kids usually were dressed weird anyway because of Mom’s style sense, but mostly it was because the house was filled with candy. My dad worked as a sales manager for 30 years at Nestlé, so candy bars, Quik, cocoa, and tollhouse squares were staples. I devoured $100,000 bars, Triple Deckers (milk, dark, and white chocolate), Choco’ Lite bars, and, of course, the classic big seller that put me through college, the Crunch bar.

Naturally, the treats made our house a popular Halloween attraction, even though we never decorated with more than an old cardboard witch on the front door and one pumpkin on the porch. Jack-o’-lantern “heads” always reminded me of imagery like the headless horseman in “The Legend of Sleepy Hollow.”

Today, they remind me of the headless batsman. Knock on wood, Ted Williams’ head and his separated body are resting comfortably in the Arizona lab, according to a news report earlier this year. Still, it’s difficult to imagine a cryonics story ending well. Let’s hope Ted doesn’t become a horror story one day when a lab worker reveals that Ted’s head was “misplaced” and wound up in his freezer at home between the Rocky Road and the Totino’s Pizza Rolls.