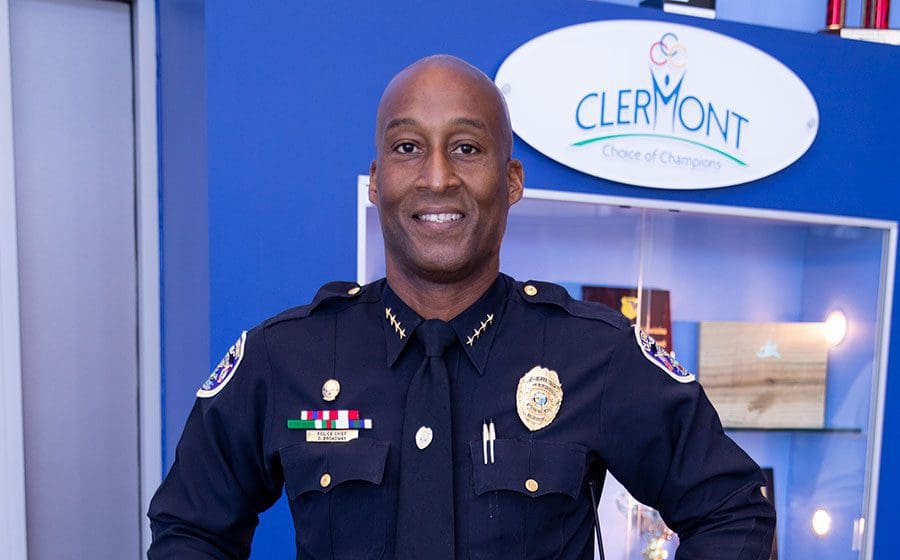 Sept. 11 marks the 19th anniversary of the 9/11 terrorist attacks that killed and injured thousands of people when hijacked planes crashed into the twin towers, the Pentagon and a field in Pennsylvania.

On this day, people remember lives lost and the unity that ensued across America.

Clermont Police Chief Charles Broadway, a detective with the New York City Police Department at that time, says he received a call on the morning of Sept. 11, 2001 he will never forget. The desk officer told him to report back to work because a plane had just crashed into the World Trade Center.

Chief Broadway rushed in to assist with search and recovery efforts that lasted for weeks and months.

“Since I’ve been here, we have had a ceremony every single year in honor of 9/11,” Chief Broadway says. “But this year with the uncertainty of possibly not being able to host a ceremony due to COVID-19, I encourage everyone to remember those who died on that day, but also, to remember the first responders who died years later after being exposed to the toxins at Ground Zero and to pray for those who are still sick today.”