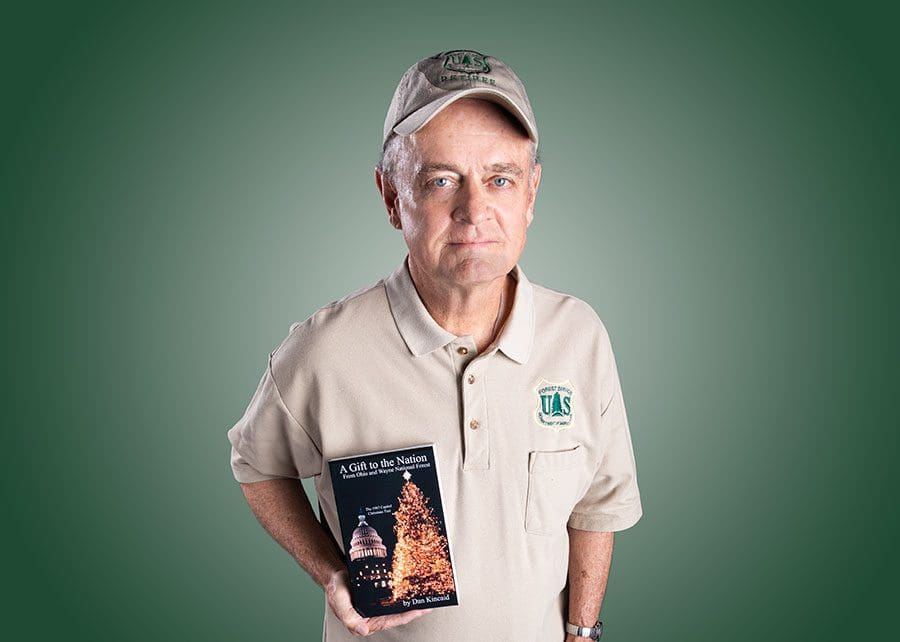 Former ranger Dan Kincaid sees the forest and the trees.

The forests are peaceful for me,” says Villager Dan Kincaid, a professional forester for 31 years with the U.S. Forest Service.

Born in West Virginia, where he grew up loving the outdoors, Dan followed in the footsteps of his grandfather, father, and uncle, all of whom were outdoorsmen. He and his wife, Vicki, met in high school and moved to the Village of Dunedin five years ago after Dan retired.

“Becoming a forester requires a four-year degree and lots of science, botany, chemistry, and other environmental studies,” he says. “Many don’t realize how much a forester must know about the environment, soil conservation, and nature. It’s more than a job, it’s a calling.”

Beginning by fighting forest fires, Dan served in his home state, then worked in Minnesota, Georgia, Kentucky, North Carolina, and Ohio before retirement in Florida, where he’s been writing books. Two of his most recent releases are aimed at educating young people about protecting and managing the natural resources of this country’s national forests through his story of “Kade Holley, Forest Ranger: Volumes I and II.”

Dan and his wife love The Villages because of the warm winters and all the activities. He plays a lot of softball while she’s into a variety of crafts. But there’s life outside The Villages, too.

“Vicki and I travel north to the mountains to ‘detox’ from Florida life,” Dan says.

After three decades as a forester, Dan has some advice about the environment.

“Nature is your friend and national forests are true gems,” he says. “Enjoy them as much as you can!”