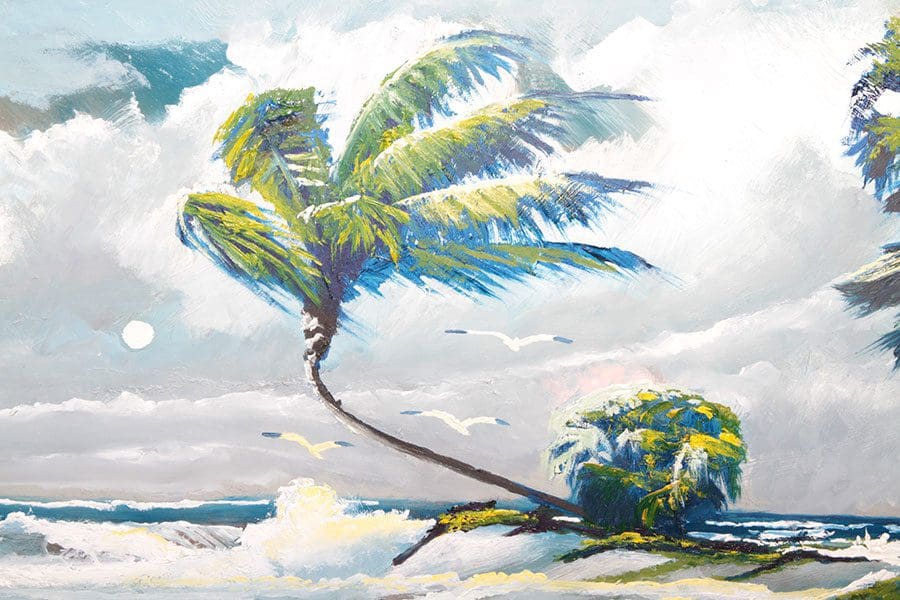 These famous artists still show the world the unique and beautiful areas of Florida.

The Highwaymen are a group of artists who enjoy painting. The name was coined in an article written in the early 1990s for a group of African-American artists who have traveled Florida’s roads selling their original paintings since the 1950s. Their paintings stand out and are easily recognized by Floridians because of the distinct look of the landscapes and the vivid, rich colors used.

Every year, the Highwaymen have presented two art shows in Mount Dora hosted by Margie Salyer and Randy Burgener, the innkeepers of Heron Cay Lakeview Bed and Breakfast. This year’s show, however, will be the first without Randy, who died in May. The paintings will be available for purchase when the exhibit sets up from 11am-5pm Saturday and Sunday, Aug. 10-11, at Donnelly Park Pavilion.

“It has been fantastic working with these artists,” Margie says. “I used to see them around West Palm Beach and just thought it was cheap art. After buying one of the paintings, Randy and I both became fascinated with them, and this is our 23rd show.”

“They’re just such nice people,” Margie says. “They’ve all worked hard and most of them had other jobs while they were painting.”

The late Alfred Hair is often thought of as the leader of the group. He was ambitious and very talented. When he discovered he could sell his landscape paintings, he eventually came up with the idea of an “assembly line” style where other artists would paint the clouds and background, and he would paint the landscapes, doing as many as 20 paintings in one day. With his good looks and charm, he would walk into businesses along A1A and offer paintings for $25. Unfortunately, he was killed in 1970, but his paintings, and his son, are his legacy.

Kelvin Hair, Alfred’s son, says he loves doing the show in Mount Dora and loves the town. He always enjoyed working with Margie and Randy and says they developed the process of getting the show there.

“I don’t take for granted that I’m a second-generation Highwaymen artist,” Kelvin says. “There are plenty of artists out there trying to make it. I count my blessings every day because I had a step up on other artists.”

Though Kelvin does paintings in the Highwaymen style, he also has his own unique style.

Mary Ann, who will be at this year’s event, was the only woman in the group. She asked Harold Newton, another of the original Highwaymen, to teach her to paint, and he did. Her paintings are distinctive and colorful. She and James Gibson, also attending the show, were recognized for their talent by First Lady Michelle Obama in 2012 in the Florida House of Representatives.

As part of the fundraising efforts, Margie will sell posters for the show with the artist’s autograph. She also will have posters from past shows. The posters are framed and start at $50. A raffle for one of the late Johnny Daniels’ paintings also will be conducted. Admission to the art show is free, though donations are accepted to offset the expenses of the event.