A parade is coming to Lake County … on the water

A parade is coming to Lake County … on the water 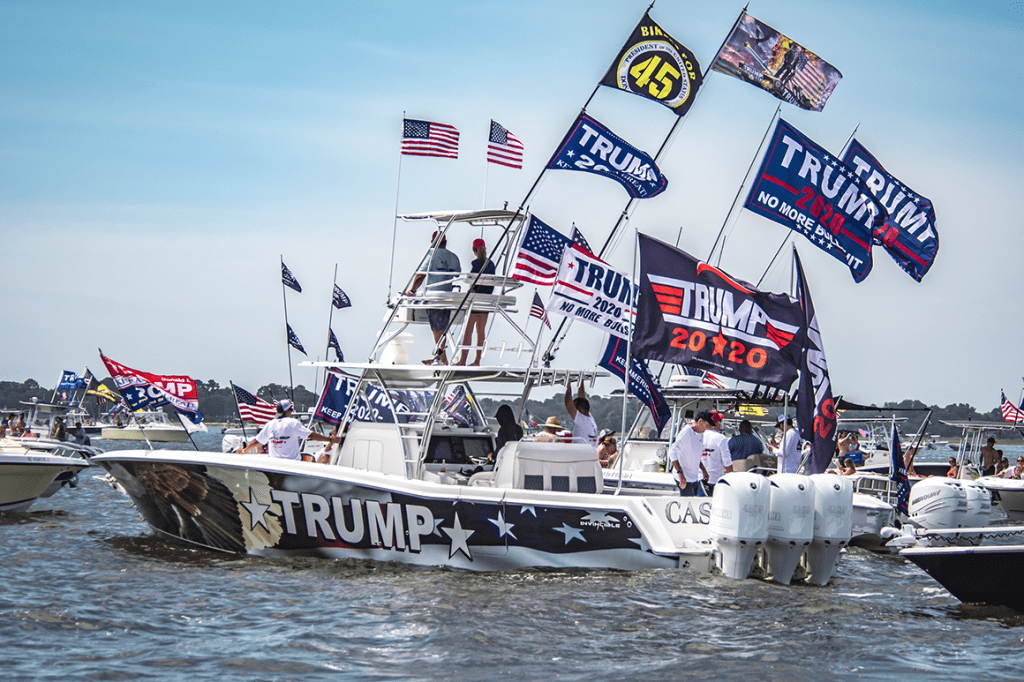 Soon, hordes of like-minded Lake County boaters will gather to participate in a one-of-a-kind event on the Harris Chain of Lakes.

But this isn’t a boat show or a massive party on the water. Instead, their thoughts will be centered on a man roughly 831 miles away: President Donald Trump.

The Trump Boat Parade, held June 14, is a united show of support to drum up enthusiasm for the November presidential election. The event begins at 1 p.m. on Lake Eustis behind Crazy Gator. From there, the parade takes boaters along the eastern shore of Lake Eustis, through the Dora Canal and into Lake Dora, passing by the downtown areas of Tavares and Mount Dora.

Holding the event on June 14 is significant because it’s President Trump’s birthday and National Flag Day.

“We’re expecting 300 to 400 boaters to participate in the parade,” says Carolyn Maimone, organizer of the event. “In addition to supporting President Trump, another reason we’re doing this is to get people to come here and get a hotel room or eat lunch. Since many of the Fourth of July events have been canceled in towns throughout Lake County, we want to help drive economic support for the downtown areas.”

Carolyn says several downtown merchants, including hotels and restaurants, will offer discounts on their services. Anyone without a boat is encouraged to stand along the shore and wave flags, which will be passed out for free.

“This is a great way to show support for our president,” Carolyn says.

Carolyn was inspired to bring the parade to Lake County after hearing the story of Carlos Gavidia, a Jupiter man who received complaints from neighbors for hanging a “Trump 2020” flag at the end of his dock. He renamed his boat “Trump” and decorated it in U.S. regalia. In May, Carlos organized a boat parade called “Trumptilla” down the Intracoastal Waterway in Palm Beach County. Approximately 1,200 boats participated in the parade.