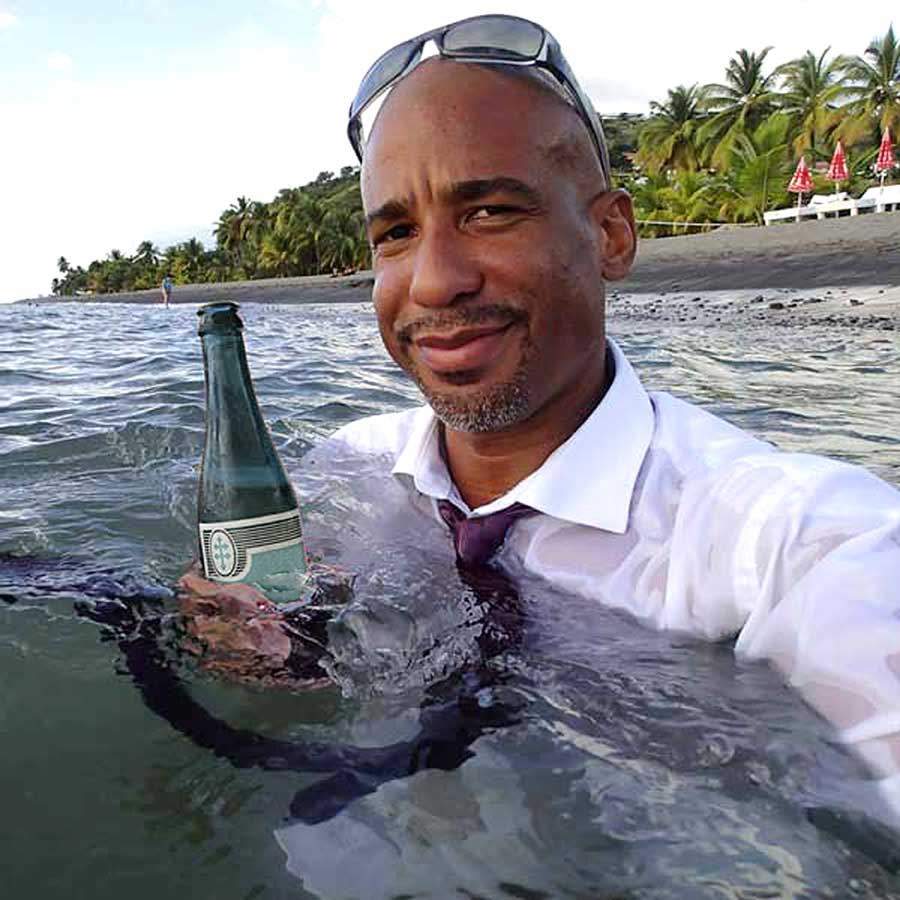 If you think rum is only for mixing with Coca-Cola or for making sweet boat drinks, you may be surprised that rum experts hold their rums to the same rigorous standards as professional wine tasters.

Terroir makes a big difference in wine types and styles. A French varietal is going to taste much different from one produced in California. And so it is with rum—each Caribbean island has its own unique flavor and style when it comes to this liquor often associated with pirates, the slave trade, and, of course, Tiki bars. Today, however, rum is appealing more often to sophisticated palates and becoming a drink of choice to be sipped and savored without cocktail mixes or sodas.

Swirl, sniff, and sip…wine aficionados know this is the protocol when tasting a wine, but I was surprised to see this same routine being practiced among rum drinkers on a recent trip to the Caribbean. A discussion with Steve Bennett, co-founder and editor of Uncommon Caribbean and a judge at numerous rum festivals, led to an impromptu tasting of several Caribbean rums, including a 30-year-old Cruzan® from St. Croix.

“Cruzan® has a special place in my heart, because I grew up in St. Croix,” says Steve. “It was a real homegrown product in the 70s and 80s. They used rain water casks and sugar cane then, but now most of the water is from Florida and they bring in molasses from other places. You can taste the difference.”

Indeed, the older Cruzan® was smooth and balanced. Served “neat” with no mixers added, the subtle tastes of vanilla and oak were enjoyable. And just like comparing cellar-aged wine with a newer vintage, the younger Cruzan® exhibited a little more alcohol taste—not bad, just different. 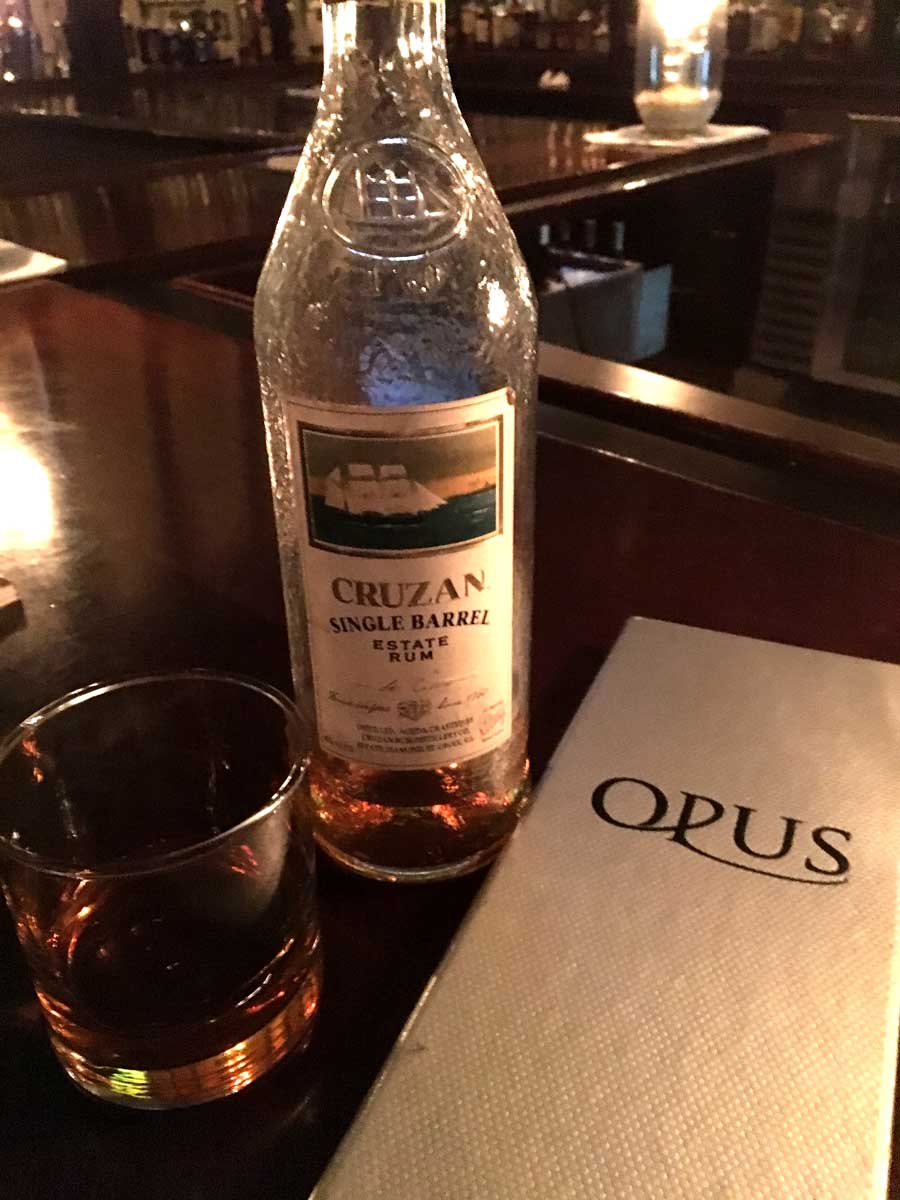 Steve, who has judged at the three-day Miami Rum Festival and at last year’s Caribbean Rum & Beer Festival in Barbados, says his criteria for selecting a winning rum includes appearance, aroma, and taste. His overall impression is determined whether he just likes a particular rum or if he loves it.

“I always approach judging as what appeals to me,” he explains. “There is no guidebook, but I start with the appearance. White rums should be clear with no particles floating while dark rums should have an amber, reddish color and not look flat or dull.”

Aroma—again like in wine tasting—should be pleasant. If your nose burns or your immediate reaction is to recoil, the rum may be too harsh. If the rich scent overwhelms your senses, you can first sniff your clean wrist or hand (without perfume or sunscreen), and then return your nose to the rum.

Steve says when tasting rum he looks for subtle nuances and a balance between the rum flavor and everything else.

“In judging, it’s all blind when they set out rums in front of you,” he says. “We all have our favorites—it’s hard to identify them when you taste several. You really don’t know what you know. You discover something new when you taste side-by-side.”

Tasting rums from several Caribbean islands side-by-side certainly shows the differences. An 8-year-old Bambarra Reserve from the Turks and Caicos in the British West Indies exhibited a sweetness I didn’t pick up in a 7-year-old dark Cuban rum from Havana Club, which tasted similar to brandy.

When Steve talks to newbie rum drinkers, like me, he describes a category he calls “Sipping 101,” which are brands that allow “entré” into the rum world. 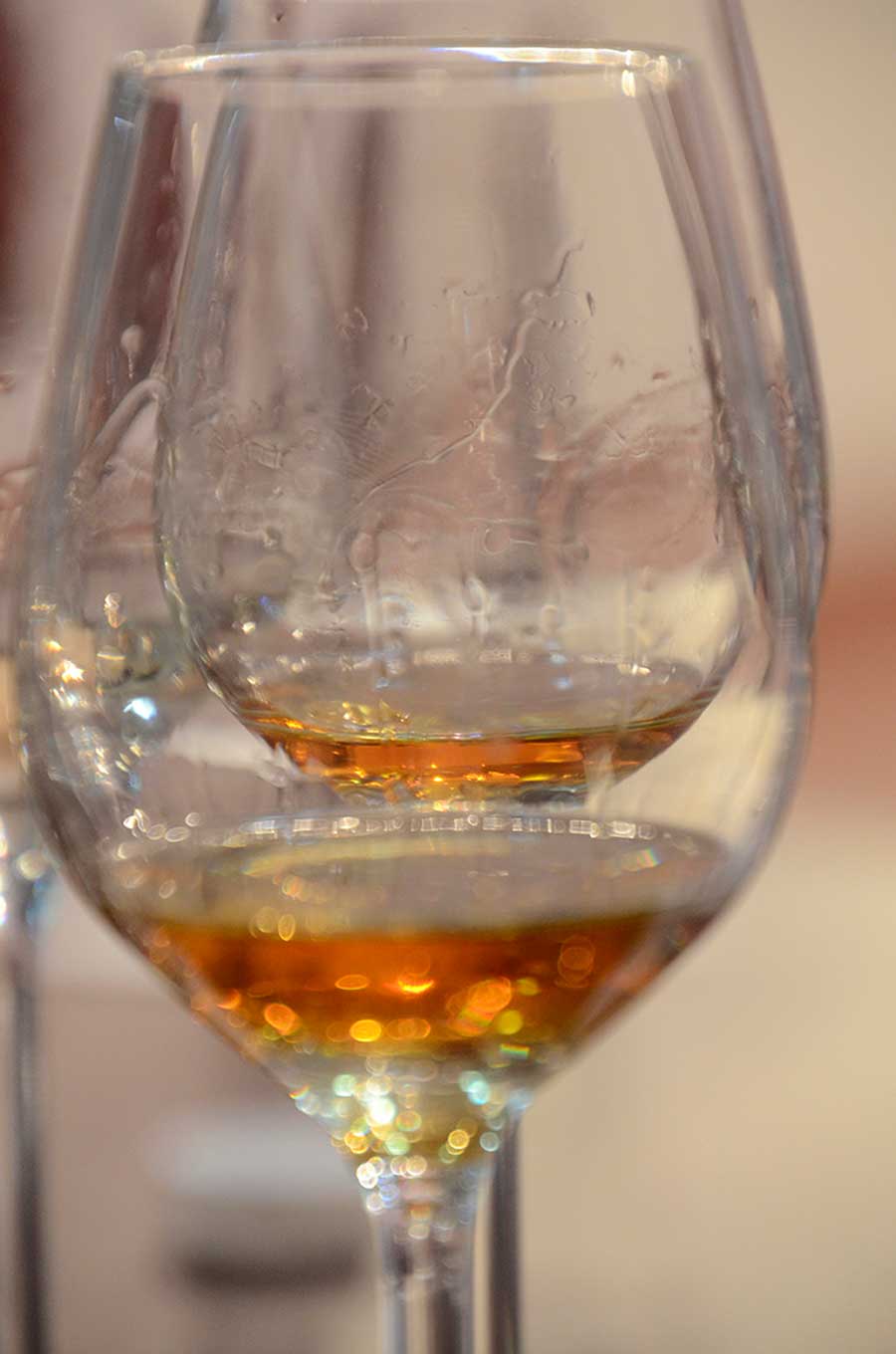 “Bambarra Reserve is a great one to start with, but you can’t get it in the U.S.,” he says. “Mount Gay from Barbados, which is exported to the U.S., is a good bridge for bourbon drinkers. Jamaica’s Appleton is also good and affordable.”

As editor of a Caribbean-focused website and publication, Bennett is well-versed in the history of rum brands. He tells the legend of Barrilito, a locally sourced rum from Puerto Rico. Supposedly the owners put aside a special cask, called the Freedom Barrel, in the depths of the distillery. When Puerto Rico gains its independence, the barrel will be taken to the town square and tapped.

He also knows about the bush rum in Dominica, in the Lesser Antilles. He says the unspoiled island looks pretty much the same as it did in Columbus’ day, and bush rum made in stills throughout the island is the drink of the people.

“All the rum shops have their own brands, which use herbs, spices, even insects,” he says with a laugh. “There is no place where you can have a wilder rum experience.”

His absolute top recommendation for rum—along with many other experts—is from the French island of Martinique, which he describes as “the ultimate rum destination” with its 10 distilleries making 15 different types of rum.

“Martinique is the top,” Bennett says. “They even have La Route des Rhums, just like the Route du Vin in France. You can live the same experience with rum you had in France with wine.”