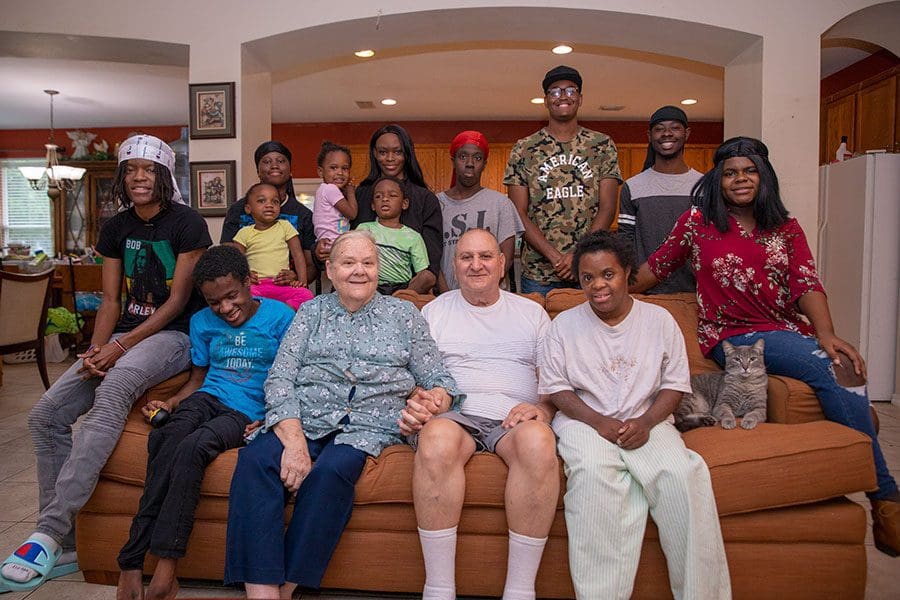 A Leesburg couple has dedicated their lives, and love, to children in need of care, a home, and family.

When Pat and Linda Manfredi were married in February 1969, starting a family of their own was never a question.

Even so, they never imagined that by 2021, they would have raised 144 children together.

“We don’t exactly understand why God chose Pat and I for this particular ministry, but he did. We definitely have been blessed and we’re so thankful,” Linda says about The Carpenter’s House for Children, their home in Leesburg and the non-profit orphanage they founded, and still run today.

Linda says when they were first married, Pat worked in corrections for the Orange County Sheriff’s Office, and she worked for Florida Hospital as a nurse for high-risk babies in the intensive care unit or those requiring neonatal care. 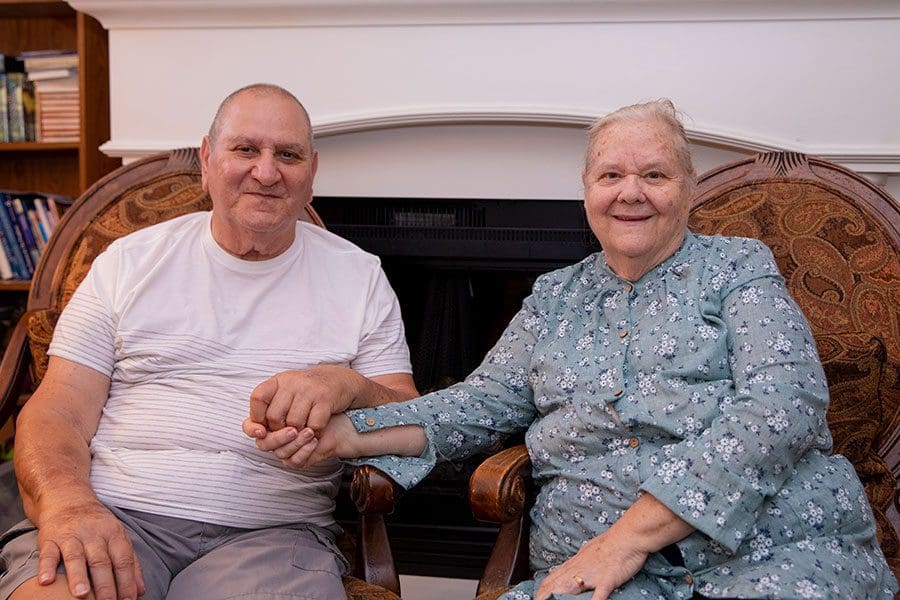 Interested in furthering her education, Linda went back to school to get her master’s degree in (obstetrics) nursing, and by the time she graduated, the couple had become parents to three children.

That’s also when God’s plan for their lives began to unfold.

“We had three kids at that time, two biological and we adopted our niece, and I always had the desire to have more, but I couldn’t do it. I just kept having miscarriage after miscarriage, so then God showed me that wasn’t the most important part in the job he had for us,” Linda says.

One day at the hospital where she worked, a woman with herpes, and who’d received no prenatal care, walked into the labor and delivery unit ready to give birth.

Her baby was born with herpes and encephalitis, and parts of her brain were destroyed. She became Linda’s patient but was not expected to live past six months. 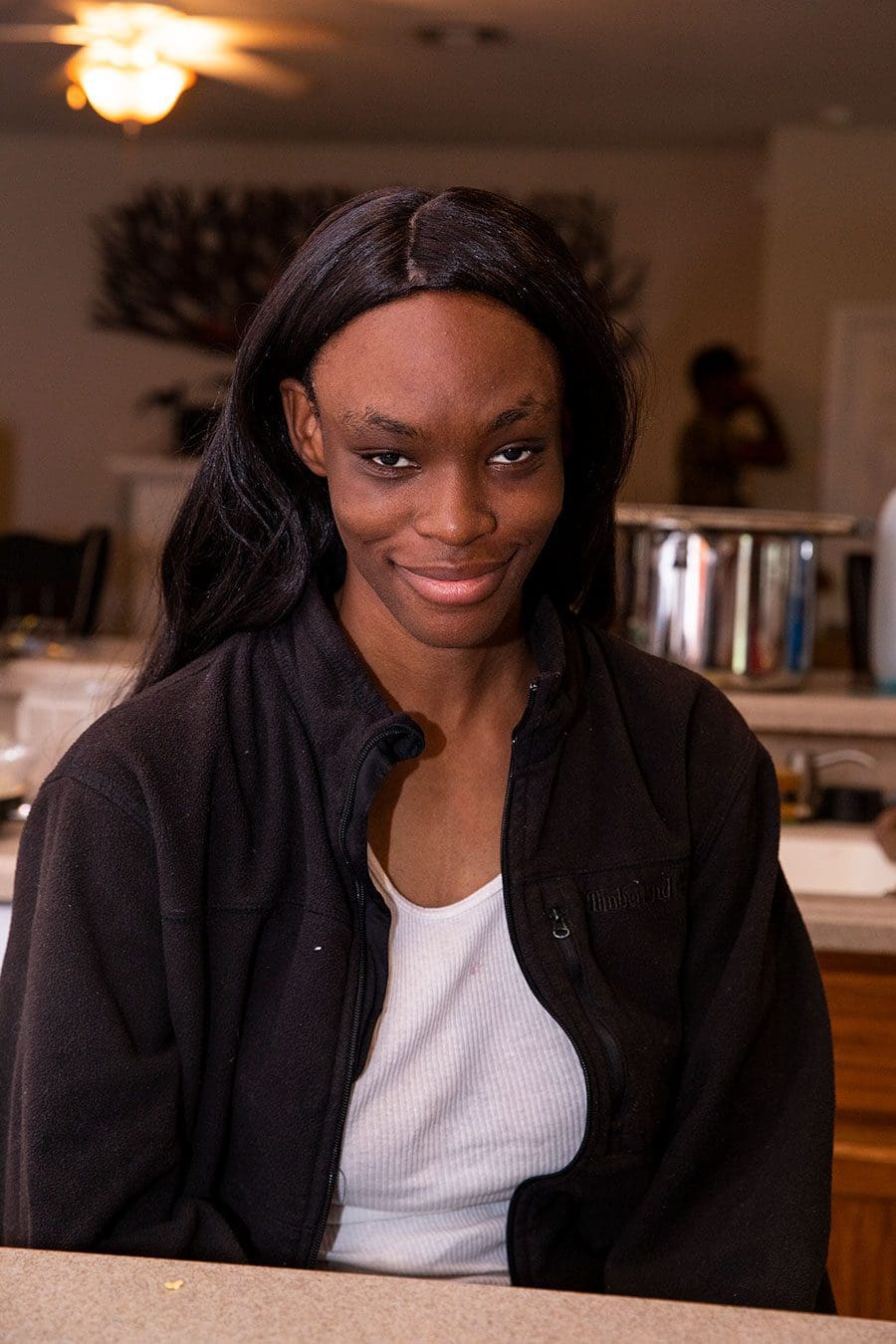 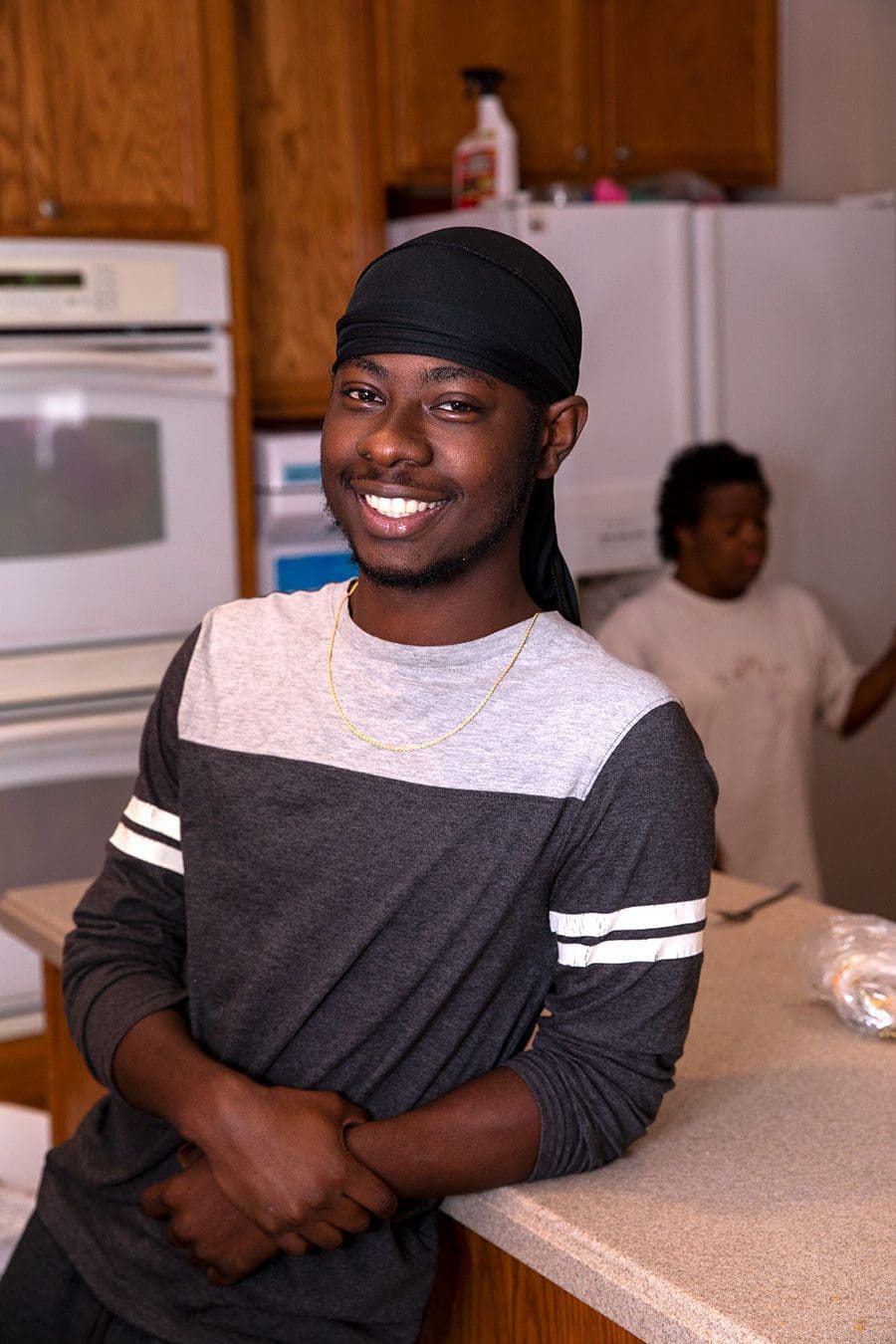 At one point, her doctor approached Linda about taking the baby home and giving her a family for whatever time she had left.

Linda did not hesitate for one moment, but knew she had to get the OK from one other person.

“I knew that’s what we were supposed to do, but of course it had to go through dad,” Linda says, explaining that although Pat was hesitant at first, that all changed when she took him to the hospital to meet the baby.

The couple took the baby home, cared for, and loved her until she died. Her name was Nikki.

“She couldn’t do much, but she would look at you, smile, and get excited. She recognized faces to a point and she lived until she was two, almost three, and that was just from giving all the love that we could give her,” Linda says, adding that losing Nikki is what led to the realization of her calling.

“She died, but I couldn’t stop there. I knew that. My love was too great to stop,” Linda says. “And me not being able to have any more children, I think was the catalyst that kick started all this. God heard my pleas and cries and desires. He couldn’t give me more kids physically, but he could spiritually, by bringing me all these kids to love that are going to die anyways. It’s really neat to see how he works.” 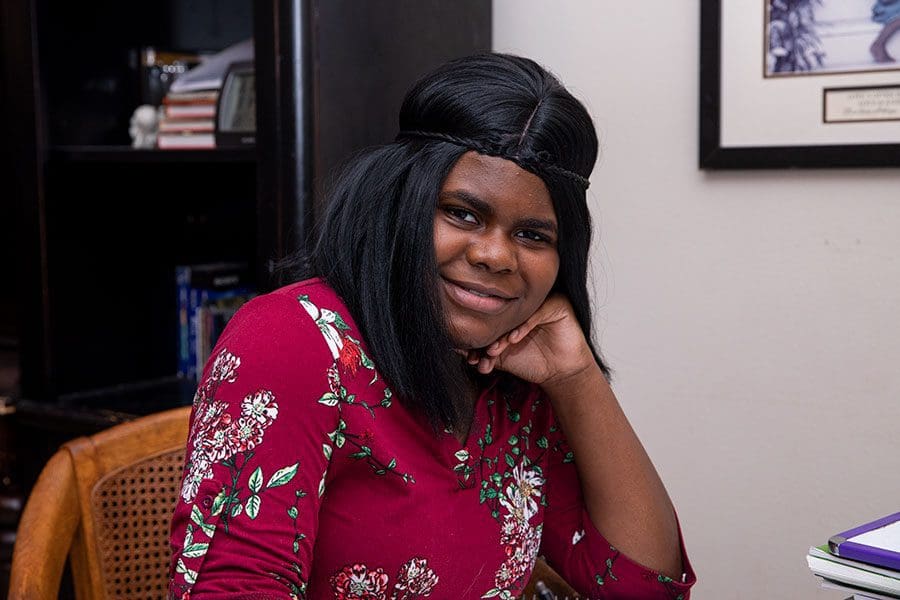 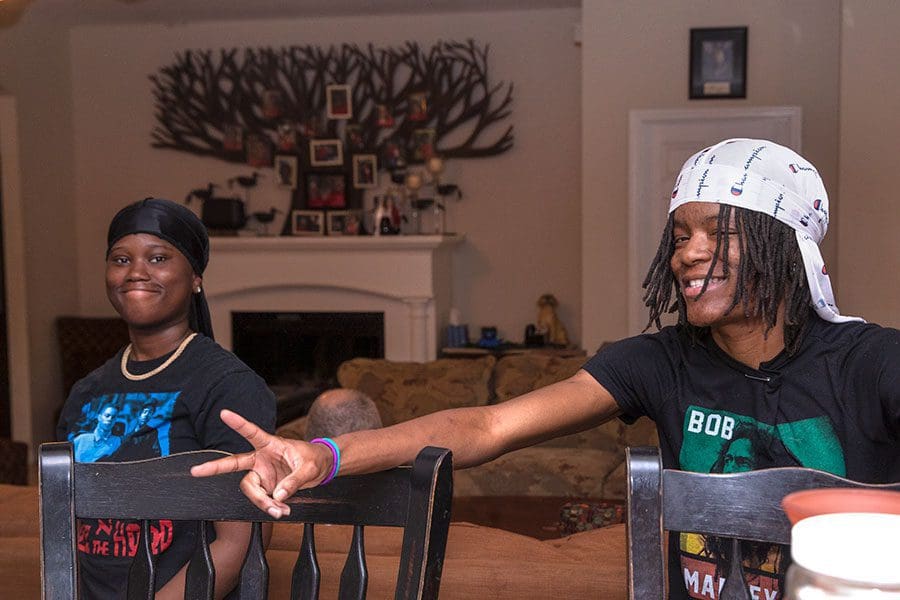 When Pat learned that Linda wanted to quit nursing to take care of terminal, orphaned or special needs kids in need of a home and family, he couldn’t help feeling leery.

“We were young and trying to make it and I knew that wasn’t easy for anyone,” Pat says, explaining that although he didn’t think it was a good idea, he asked for time to pray about it.

“I actually went in the bedroom, shut the door and said, “God I don’t think I can do this,” and that was the first time in my life that I immediately heard back and to this day, as long as it’s been, I still laugh at what he said,” Pat explains. “I didn’t hear a voice, but you get an impression of an answer, and basically God said, ‘I know you can’t do it, but I’ll be there with you.’”

What it takes to run the Carpenter’s House:

From that moment on, the Manfredis, and the Carpenter’s House for Children, never lacked children again, and Linda and Pat have never looked back. At times, there have been as many as 18 children living there, but currently, there are 16.

Through the years Pat says he has witnessed confirmation over-and-over again, that this plan for their lives was heaven sent. He says agencies, churches, missionaries and even judges who heard of their mission, have called on them specifically to take children with little or no chance of survival, a family or proper care otherwise.

“In all these years doing this, we never sought out children to take, they always came to us, so we always knew it from God,” Pat says. “We just continued and continued, and 41 years later, we’re still doing it.” 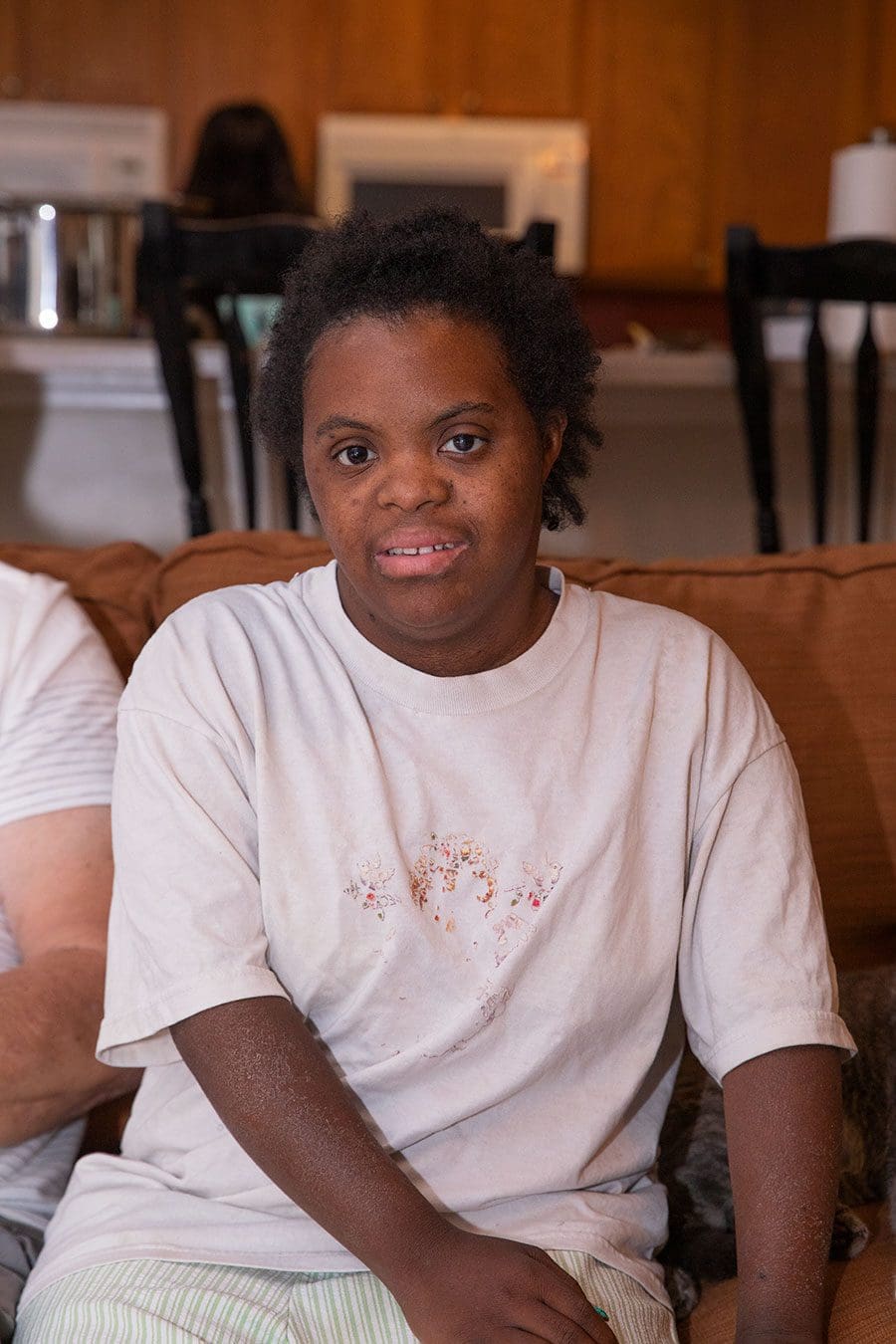 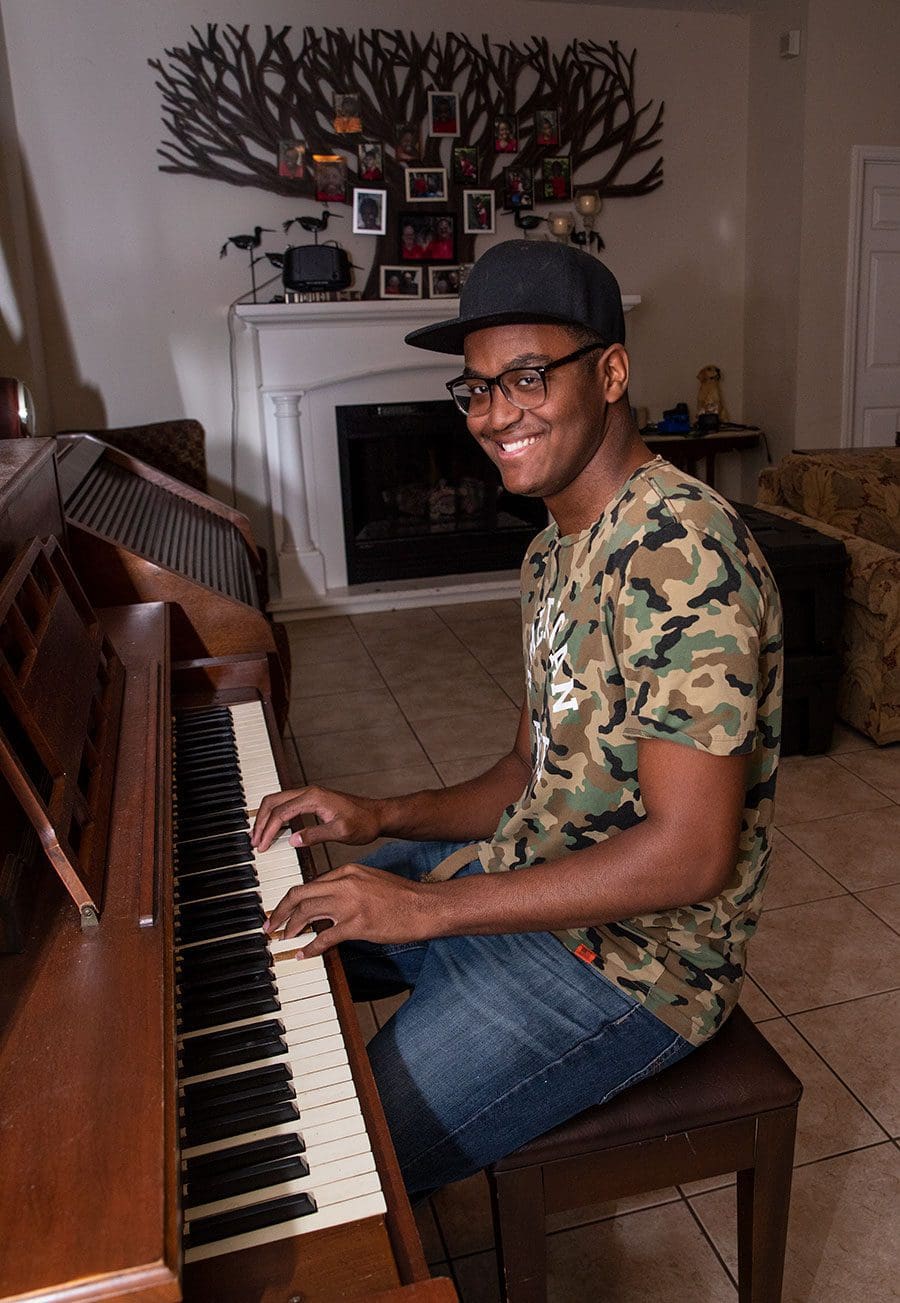 Through the years, the Manfredis have taken over custody of children from the United States, and other countries, including Africa, Russia, Monte Negro, Haiti, Guyana, the Dominican Republic, Chile, and more.

Most of the kids need surgeries or medical treatment, some require specialized care, and some have life-long disabilities to deal with, but with the Manfredis, none of them have ever lacked love.

“We’re a family and that’s all they know,” Linda says.

One girl that came to them from Haiti was found by missionaries, in a cage in the mountains at five months old.  She’d been marked for sacrifice; blinded in one eye by hot oil, had a cleft palate, and was malnourished.

Missionaries traded food for the baby, then took her to the hospital. When they couldn’t help her there, the missionaries called the Manfredis, who happily took her into their home.

“It was just awful and saving her was a blessing,” Linda says.

Another baby, Daniel Luke, weighed a mere 1.8 pounds when he was born. His mom had tried to abort him, and although it didn’t work, he was born with severely premature lungs. 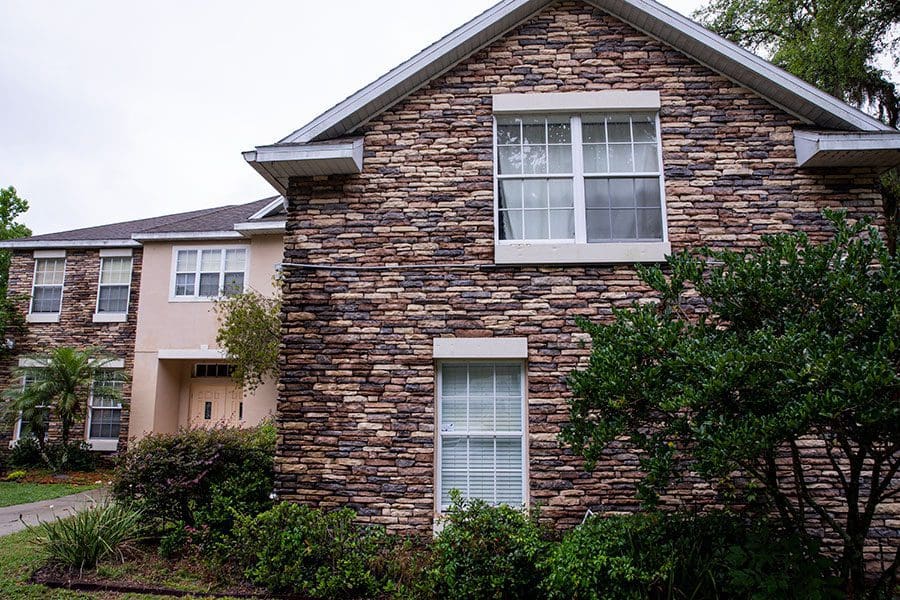 His mom, who delivered the baby at Florida hospital Waterman, left a note on her bed saying she was going back to her country, so doctors called the Manfredis, who agreed to take him.  Today, that tiny, frail baby they took under their wing, is 19 years old, about 200 pounds, more than 6-feet tall. He has a heart for helping others and is interested in going into ministry.

“He was always a great kid, I had so much fun with him,” Pat says, followed by a chuckle from Linda, about how he loves the kids as much as she does despite his prior reluctance.

“Miracles happen here that wouldn’t happen anywhere else,” she says.

The heartbreaking stories surrounding many kids the Manfredis have taken custody of go on and on but are overshadowed by the happy endings that resulted.

Daniel Luke says he is grateful for what Pat and Linda have done for him and all his siblings. He says if it weren’t for the two, he may not have made it to 19, and if you ask any of his siblings, their thoughts are similar.

“I feel really blessed to be here because I came from a really poor country and I was really sick as a baby when they (the Manfredis) brought me here,” one girl from Haiti, now 15, says. “They basically rescued me, and I think it’s really nice what they’re doing for all of us.”

The children’s home, as a 501C3, is overseen by a board of directors, and funded solely by grants and donations. And though each child requires medical insurance, Florida Hospital and local doctors provide pro bono services when possible.

In addition, Astatula Christian School provides scholarships for the children’s schooling. Other necessities, like clothes, supplies, medications, food, furnishings, up-keep, and maintenance of the home, are donated or purchased using donations. 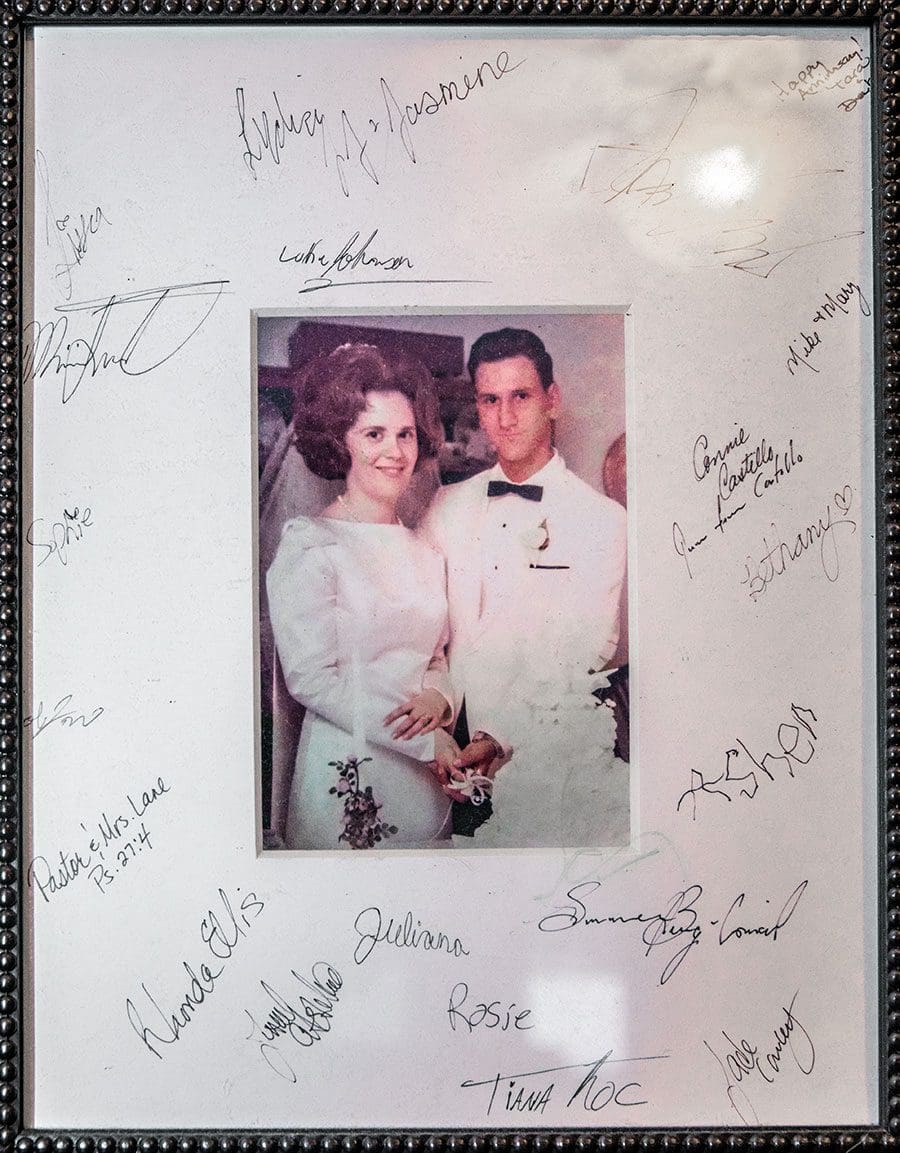 When short, the Manfredis have covered the costs themselves.

“The goal of the board is to let us keep our own money and raise enough to support the Carpenter’s House, but that’s never happened. We’ve always had to supplement using our money,” Pat says, adding that with both in their 70s, their incomes consist mainly of social security benefits.

Any money raised goes towards the upkeep of the house and the children’s needs, which are ongoing, and people in the community can help by donating funds or other necessities as listed on the orphanage’s website.

Additionally, with the holidays coming up, the Manfredis would appreciate any help the community is able to offer to make sure the children all have something under the tree for Christmas.

In awe of the help they’ve received, the Manfredis say they are grateful, because they plan on carrying out their calling until they are no longer able.

Fabio, 21, a recent high school graduate who came to the home when he was three months old, considers that a blessing.

“There are a lot of children who are sick or who don’t have anybody else and can’t take care of themselves. It’s good to have people like them who are willing to do that for them,” he says.

As for Pat and Linda, being dad and mom to all these children, though trying at times, is something they would never trade.

“Sometimes, I feel an especially big burden on my heart because of the things people do that result in these kids suffering. But it also gives me joy, even when they’ve died, that they were here,” Linda says. “Maybe some of them didn’t have much time with us, but in the end, they had a mom and dad, they had love, they had a family.”

For more information or to help, visit thecarpentershouseoflakecounty.com.