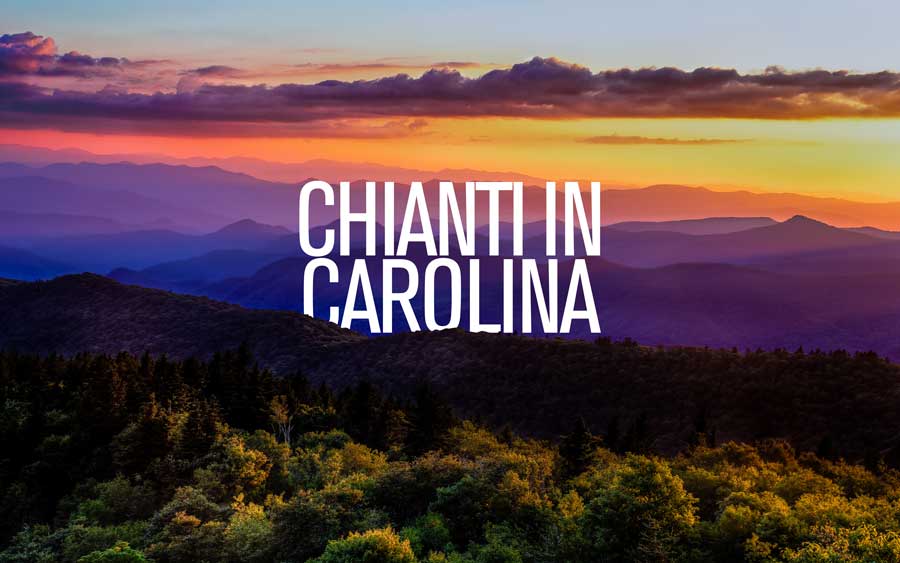 In the late summer, it’s not unusual to find Central Floridians in the North Carolina mountains. If you will be among those heading north to escape Florida’s summer heat, plan to visit Yadkin Valley—home to picturesque vineyards and flavorful wines.

For the past few years, several folks told me the Yadkin Valley in the Piedmont region around Winston-Salem was the Napa Valley of the East because of the numerous wineries producing an array of Italian, French, and American varietals.

After such glowing descriptions, I was anxious to visit. While I think it’s a bit premature (and possibly unfair) to compare East Coast wines to those from California’s premier wine-growing region, Yadkin Valley is definitely producing some notable wines. Many of the wineries offer beautiful views from the foothills of the Blue Ridge Mountains with perfect outdoor spots where you can enjoy a bottle of wine at an affordable price.

The Yadkin Valley is North Carolina’s first federally-recognized American Viticulture Area (AVA). More than 40 wineries and vineyards are located on the Yadkin Valley Wine Trail®, and that number is growing. The sloped, rocky vineyards and growing seasons are ideal for producing grapes as a new generation of farmers has discovered.

“The soil conditions here are ideal…almost identical to Burgundy, France,” says Charlie Shelton, who along with his brother Ed opened one of the Yadkin Valley’s flagship wineries, Shelton Vineyards, in 1999. They also spearheaded the initiative to get a federal AVA designation, which was awarded in 2003.

“We wanted to do something to help this area because there had been a lot of job losses,” adds Ed. “We always enjoyed visiting different wine regions so we thought we could try it here and help create some jobs.”

North Carolina was America’s top wine producer in 1904. However, Prohibition in the 1920s put an end to that, and farmers turned to tobacco to make a living. Things are coming full circle now with less tobacco and more grapes. 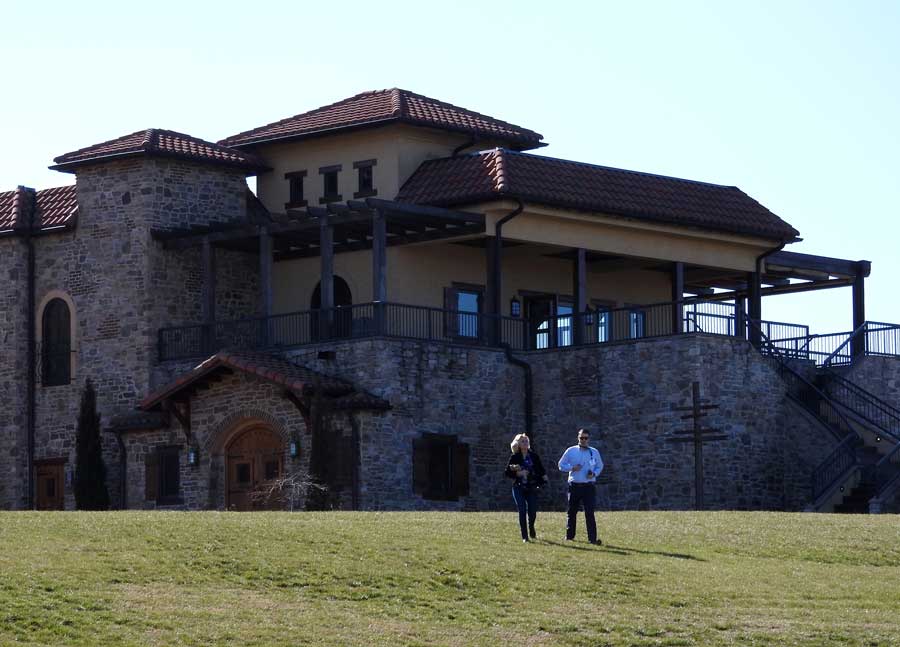 Raffaldini transports visitors to Tuscany with its three-story stone chateau, idyllic views, and Italian wine varietals, including Montepulciano, Sangiovese, and Vermentino. There’s even a sparkling Moscato d-Asti-style white wine that offers a taste of La Dolce Vita. Owner and winemaker Jay Raffaldini, a first-generation American, founded the winery in 2001 and produces 7,000 cases annually. The picturesque property lives up to its “Chianti in the Carolinas” tag line and attracts 35,000 visitors a year who sip wines on a veranda overlooking the Blue Ridge’s “Brushy Mountains.”

Just down the road from Raffaldini lies the 85-acre Laurel Gray Vineyards, also open since 2001. Instead of a taste of Italy, visitors find a bit of French elegance with Southern charm. The small wine tasting room offers French varietals including Chardonnay, Viognier, Petit Verdot, and Cabernet Franc. Owners Kim and Benny Myers present an artistic as well as scientific approach to winemaking, using only the highest quality of fruit and harvesting by hand.

“The grapes are not even brought into the winery if they are not good,” says Benny, who grew up on a Yadkin Valley tobacco farm. “Grape growing is a lot like master gardening.”

As if producing 2,000 cases annually of their own Laurel Gray wine wasn’t enough of a challenge, the couple opened the Yadkin Valley Wine Company in 2007 to help other grape growers produce their own wines. The state-of-the-art production facility includes 35 stainless steel tanks and can produce 20,000 cases annually. 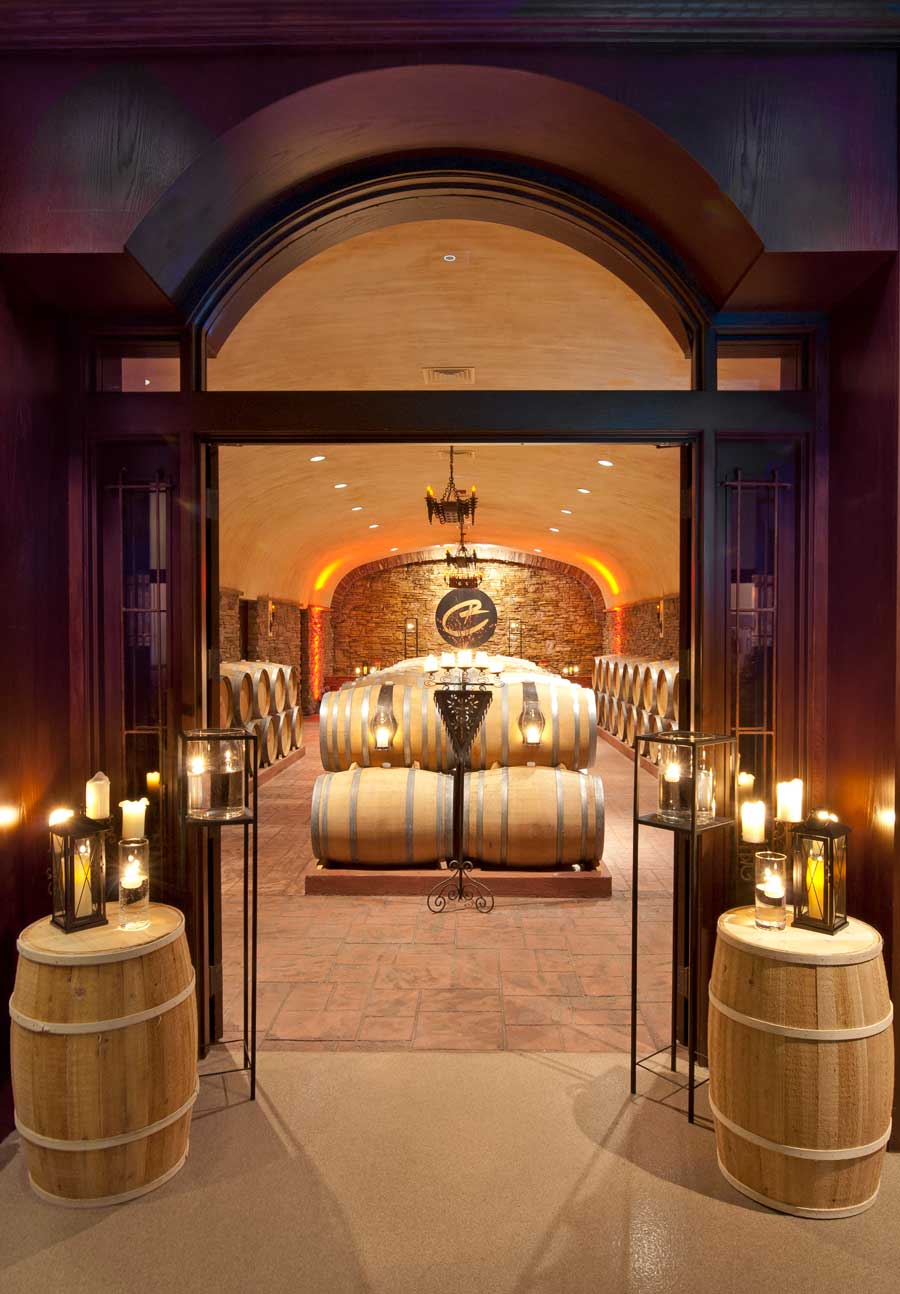 Just south of Winston-Salem is Childress Vineyards, one of the most prominent wineries in North Carolina’s emerging wine industry. It’s apparent that NASCAR team owner Richard Childress developed his dream to open a winery during his racing down-time in California and New York wine regions. He chose farmland in Lexington, N.C., near his RCR Racing operations, and the location is considered the gateway to the Yadkin Valley AVA. The Childress property is beautiful, and the well-balanced wines received more than 750 wine competition medals since the winery opened in 2004.

The world-class reputation of Childress wines can be attributed to talented winemaker Mark Friszolowski, who has worked in wine regions all over the world since 1975. I was fortunate to attend Friszolowski’s winemaker’s dinner earlier this year where I tasted four Childress wines with exquisite—yet unexpected—wine pairings. For example, a Southern fried chicken and tomato jam perfectly matched the 2011 Childress Vineyards Barrel Select Sangiovese. I never would have guessed the Italian grape varietal, normally found in Chianti, would be the perfect complement to such a Southern dish. While I enjoyed the Cabernet Sauvignon and the Chardonnay with other entrees, I absolutely loved the Sauterne-like 2011 Childress Late Harvest Viognier with dessert—a sweet potato bread pudding and chocolate-covered bacon. Luckily, Childress Vineyards ships to all 50 states.