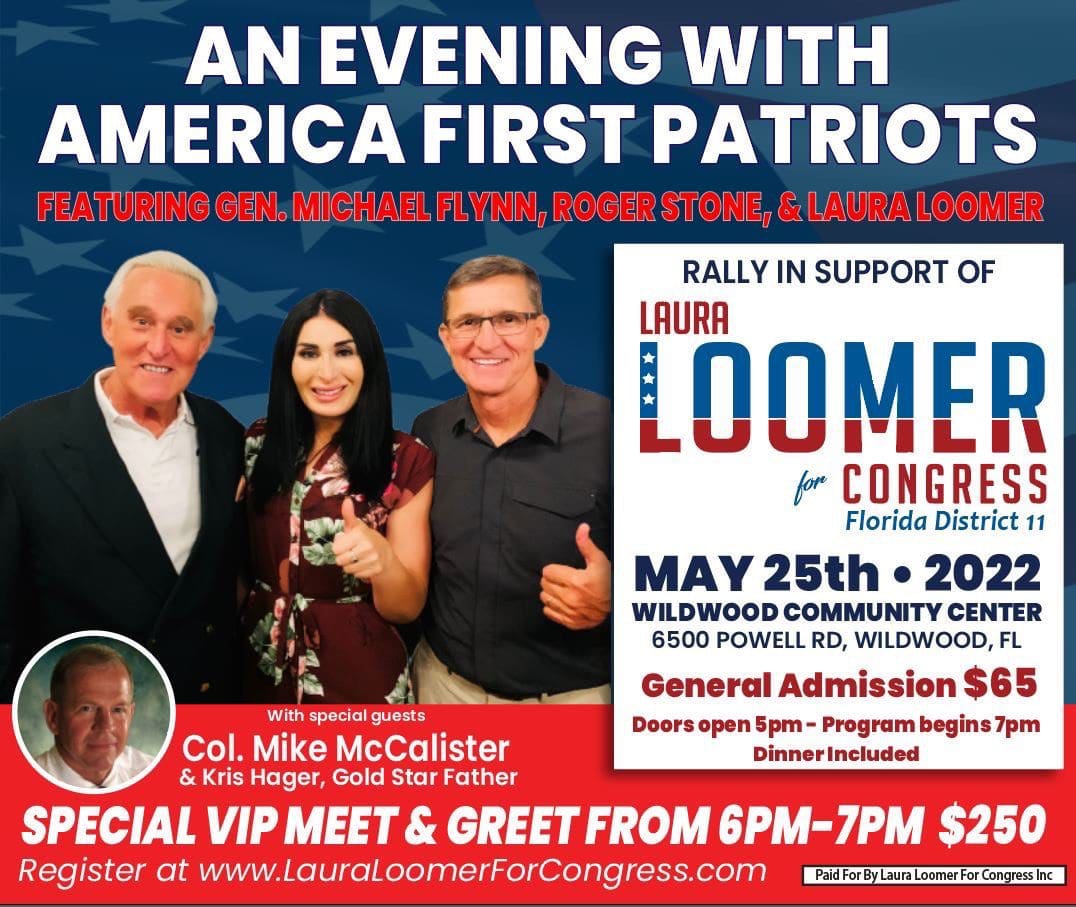 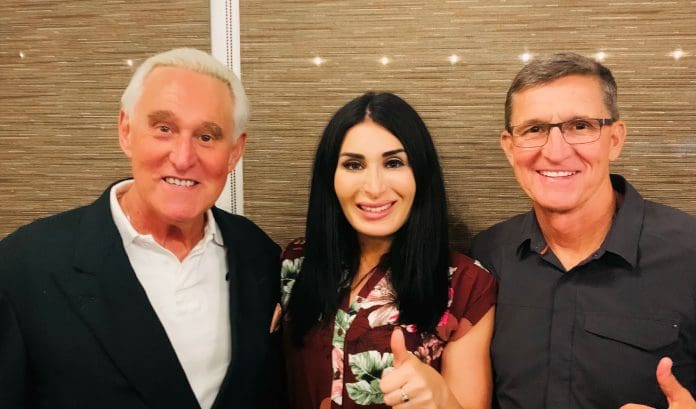 With Florida’s primary election less than three months away, candidates are hitting the campaign trail to schmooze over voters.

One campaign event is happening tonight in Wildwood.

Laura Loomer, who is running against incumbent Dan Webster for Florida’s 11thCongressional District to the U.S. House of Representatives, will speak tonight at the Wildwood Community Center. Doors open at 5 p.m. and the program begins at 7 p.m. Admission is $65.

On her website, Laura, 29, touts herself as a candidate who believes in “America First” values. Her policy initiatives include supporting veterans and police, ending vaccine and mask mandates, ending the tax on social security, and stopping big tech’s suppression of free speech.

Laura is known for her unique brand of journalism. She often conducts ambush interviews on live stream, which is known as getting “LOOMERED.” Popular politicians she has confronted on camera include Hillary Clinton, Maxine Waters, Ilhan Omar, and Alexandria Ocasio Cortez.

Unseating Daniel Webster will be no easy task. Daniel, who was first elected in 2010, received 66.7 percent of the vote when he defeated Democratic challenger Dana Cottrell in 2020.