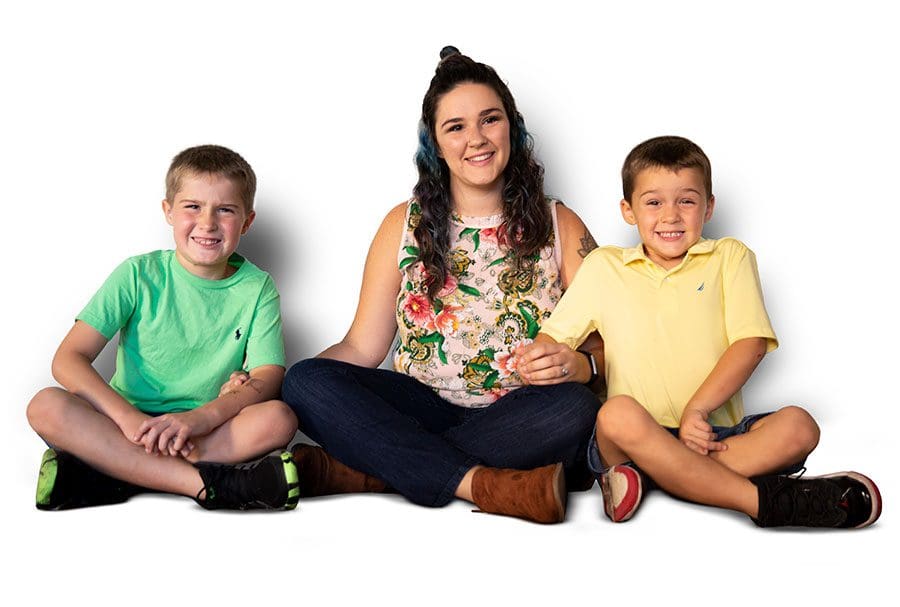 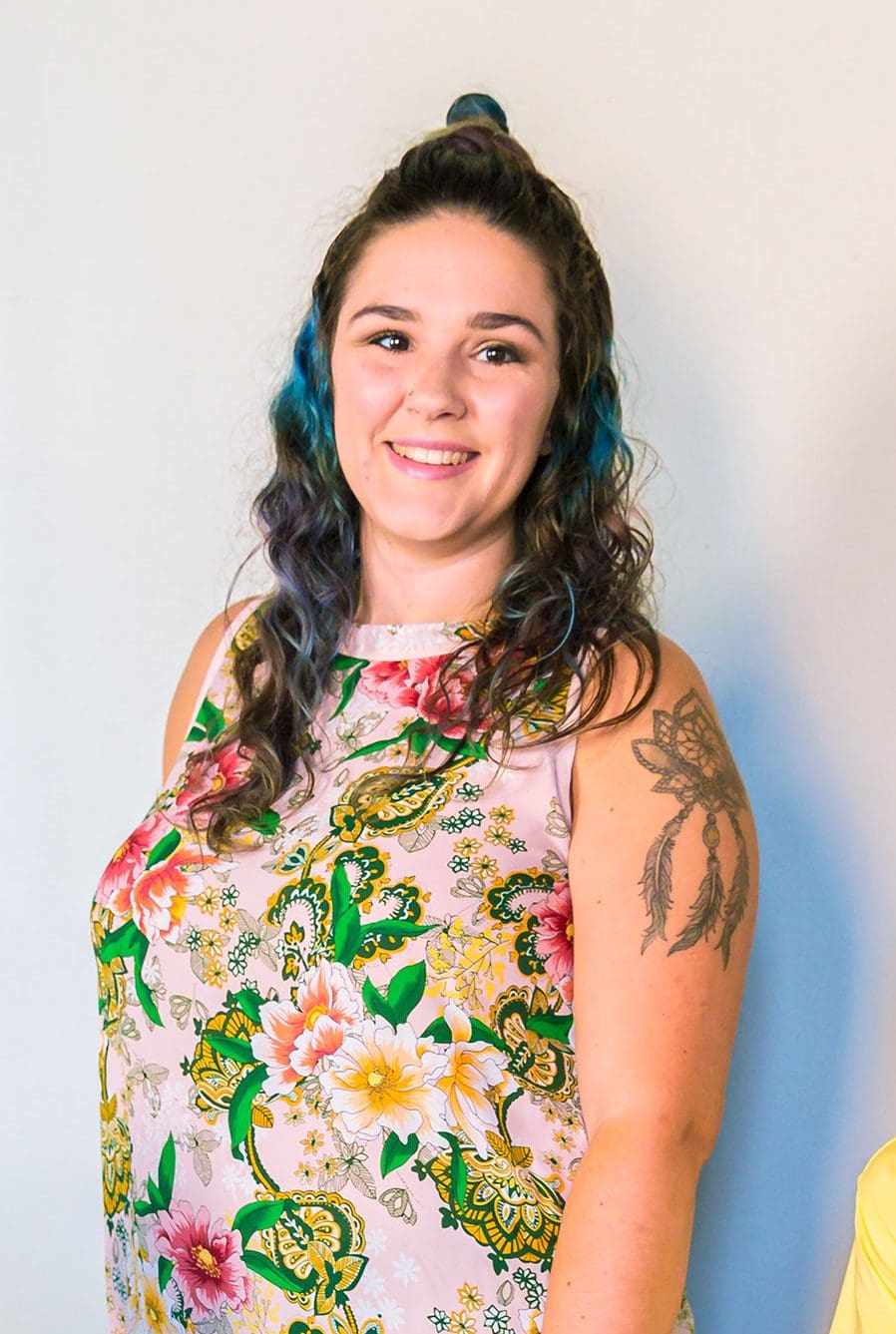 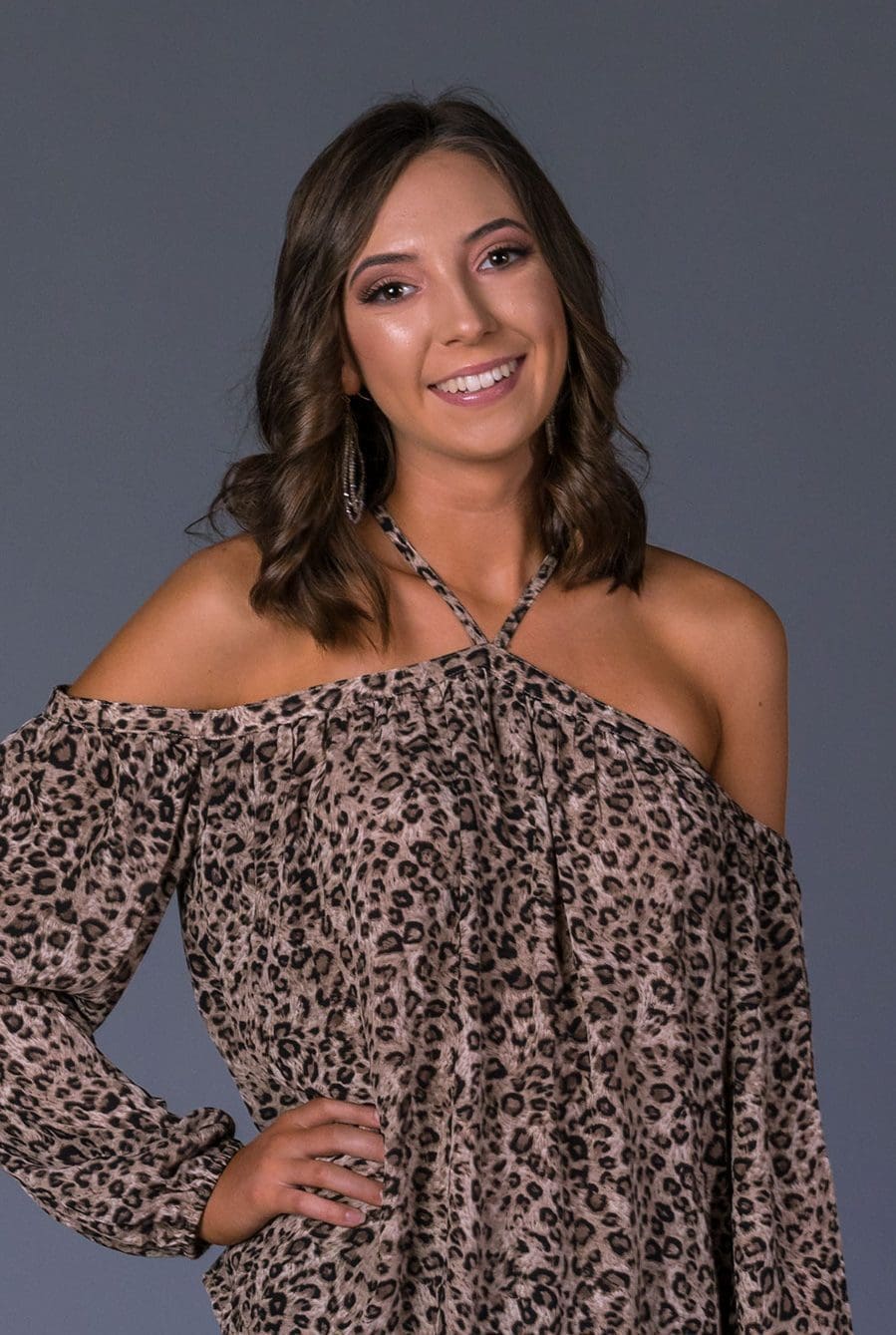 Two brave women refuse to let their condition put a damper on life.

Approximately 3.4 million people in the U.S. live with epilepsy, according to the Epilepsy Foundation.

Depending on what part of the brain seizures originate from, patients can experience symptoms ranging from falling to the ground in convulsions, to falling into an unconscious state.

Fortunately, with correct diagnosis and treatment, most patients can live a normal life.

Just ask Heather Knorr and Emma Ethington, Lake County residents who were both diagnosed with epilepsy at an early age. “Seizures are terrible. I’m fatigued. I get bad headaches. I sleep for a day or two afterward. It feels like you’ve run a marathon because every muscle contracts at the same time during a seizure. It’s mentally and physically draining,” Heather says.

While the unpredictable disease has brought hardships for both, Heather and Emma have learned to live each day with a grateful heart and refuse to let epilepsy get in the way of bettering themselves.

Not when his mother unexpectedly fell to the ground. Not when she began shaking uncontrollably. Not when she failed to respond to his pleas to wake up.

He did what he was taught to do in the event his mother, Heather Knorr, had an epileptic seizure. The boy grabbed his mother’s cell phone, called his grandmother and described what was happening. His grandmother called 911, and within minutes paramedics arrived at Heather’s home.

“I’m fortunate he was so brave in that situation,” Heather says. “However, it doesn’t seem fair that my son had to see me in that condition.”

Life hasn’t always been fair since Heather was diagnosed with epilepsy at age 13. The condition triggers a severe type of seizure known as tonic-clonic, which cause sudden surges of electrical activity in her brain. She drops to the ground, endures painful muscle spasms and loses consciousness.

Throughout the years, Heather’s seizures have struck at the most inopportune times: shopping in a grocery store, attending church, jogging on hiking trails and during work.

She has limited time to react and safely position herself.

“I lived a very fearful life. I didn’t like going places. I would stay in my apartment because I was obsessed about the awful things people would think about me if they saw me having a seizure.”

“Thirty seconds before a seizure strikes, I feel an aura, which I describe as an out-of-body experience,” says Heather, a 25-year-old Leesburg resident. “I get a strange taste in my mouth and feel like I’m no longer in control of my body. I do my best to lay down on my left side and try to protect my head. If anyone is around me. I try to alert them.”

Sometimes, there is no warning. Heather falls fast and hard, which has resulted in whiplash, popping her jaw out of socket and hitting her head. A postictal state – where she loses consciousness for several minutes – follows each seizure.

“Being in the postictal state means I’m not tense anymore but I’m not awake,” she says. “I stare into space and I’m non-reactive.”

For Heather, epilepsy has come with a hefty price – a price not limited to frequent doctor visits and two medications she takes daily to suppress electrical impulses in her brain. There was a time when she went three years without driving and endured low self-esteem.

“I lived a very fearful life. I didn’t like going places. I would stay in my apartment because I was obsessed about the awful things people would think about me if they saw me having a seizure. On top of all the mental issues, it’s frustrating not being able to drive.”

Then came the day she suffered a seizure at her doctor’s office. It was a blessing in disguise. She left his office with a life-changing outlook.

“I walked out of the room crying,” she recalls. “Another epilepsy patient approached me and said epilepsy is not a death sentence. I realized I have to live my life.”

Living life started with making lifestyle changes. Adequate sleep, healthy eating and regular exercise became a part of her daily routine. Being deficient in any of those areas can trigger seizures.

“Not sleeping well pretty much guarantees I’m going to have one,” she says. “I also have to eat in a healthy manner because if my blood-sugar level is off I will likely have a seizure. I run three to four times a week to keep myself in the best shape possible.”

Soon, she’ll earn the proud title of college graduate. Heather is only a few courses short of graduating with a psychology degree from the University of Central Florida. Unfortunately, she had to drop out last spring when the coronavirus forced her to homeschool her children.

“Psychology is a very interesting field that will allow me to help other people who are struggling,” she says.

Heather is familiar with life struggles. But she promises life doesn’t have to be an ongoing struggle for epilepsy patients.

“Don’t be afraid of telling other people what accommodations you need. Don’t be afraid to talk about it because it’s not a taboo topic. There are people who will be loving, supportive and accommodating to help you live a full life.” 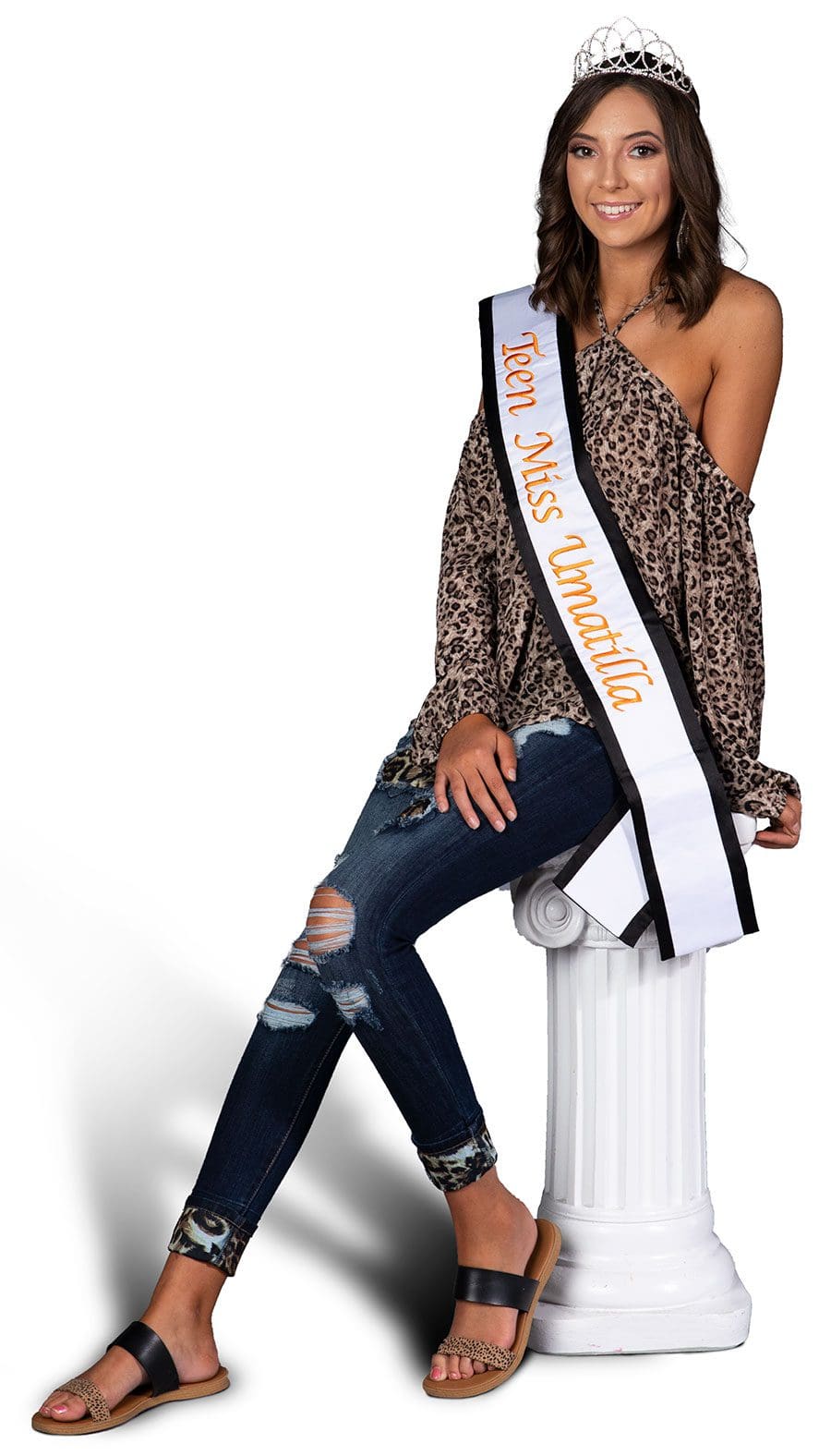 Emma Ethington, 17, enjoys all the volunteer opportunities that came with being crowned Teen Miss Umatilla in 2020.

However, her true crowning achievement in life is being an advocate for epilepsy.

At age 6, Emma was diagnosed with benign Rolandic epilepsy, the most common form of childhood epilepsy. The condition causes nighttime twitching of her legs, arms and head.

“I can’t walk after a seizure; it’s like partial paralysis,” says Emma, a junior at Umatilla High School. “I feel fatigued because seizures take so much out of you. One time at night I was having a seizure and saw my mom standing in the hallway. I was screaming as loud as I could for her to help but nothing was coming out of my mouth. I felt trapped because I had no control of my body.”

She discovered that epilepsy wreaks havoc beyond physical symptoms.

“When I was in elementary school, I sometimes felt isolated because nobody understood what I was going through and I was too young to explain it. Nobody else at my school had epilepsy and really had no idea what epilepsy is.”

As a result, Emma set out on a personal journey to raise awareness and educate people about her condition. When she was 10, Emma wrote a book titled “I am Special” to help students better understand epilepsy through words, pictures and illustrations. The book is unpublished.

During Disability Awareness Month in October, Emma read the book to her classmates on her school’s morning television program.

“For me, that was a big opportunity and I took it,” Emma says. “Even as a young girl, I realized that epilepsy isn’t a secret that you want to keep. You have to make a difference through public awareness.”

Emma didn’t stop there. She became active in the Epilepsy Association of Central Florida, an Orlando-based organization dedicated to improving the quality of life of epilepsy patients. She has volunteered at numerous fundraisers, including 5k runs, as well as special events like Purple Day at Walt Disney World. Purple is the international color representing epilepsy awareness.

Her volunteerism turned Emma into a temporary star. At age 10, she was chosen to appear in a television commercial for George Nahas Chevrolet, which conducts an annual fundraising golf tournament for the Epilepsy Association of Central Florida.

“That was so cool,” she recalls. “I felt like a superstar.”

Emma was also a star last March when the organization invited her and three other girls with epilepsy to serve on a special panel. A crowd of 250 people packed a ballroom inside Disney’s Contemporary Resort to ask the girls questions about life with epilepsy.

“That was nerve-racking because I didn’t know what they were going to ask,” she says. “They ended up asking us about school, how our friends deal with us and things like that. I felt good telling people about epilepsy and answering any question they had.”

Emma has organized her own fundraisers for the Epilepsy Association of Central Florida. Working with the Bay Street Players in Eustis, she sold tickets, collected donations for a silent auction and baked treats for the premiere of Peter Pan. She raised $3,000.

“I love knowing that my efforts can help others who battle epilepsy,” she says. “I want other patients to know that epilepsy does not have to hold you back in life.”

It certainly hasn’t slowed down Emma. The tenacious girl competes on Umatilla High’s tennis and bowling teams and serves as vice president of both her junior class and Future Farmers of America (FFA). She has appeared in 40 shows put on by the Bay Street Players, including “Into the Woods,” “Annie,” and “Guys and Dolls.”

She is equally talented in pageants, winning the titles of Tiny Miss Umatilla in 2008 and Teen Miss Umatilla in 2020. Though she’s proud of her past accomplishments, she has her sights set on the future. Emma plans on attending the University of Central Florida and earning a degree in communications.

“She’s amazing,” says Emma’s mother, Kim. “When she puts her mind to doing something there’s no stopping her. She pushes through her condition and keeps going.”

Most importantly, she moved beyond her pity party many years ago.

“Dealing with this was hard at first, but then I realized I have this condition because God wants me to help other people,” says Emma, a member of First Baptist Church of Umatilla. “There was definitely a purpose.”

Instead, it has helped her lift many others up.