MEET A VILLAGER: A Cartoon Character 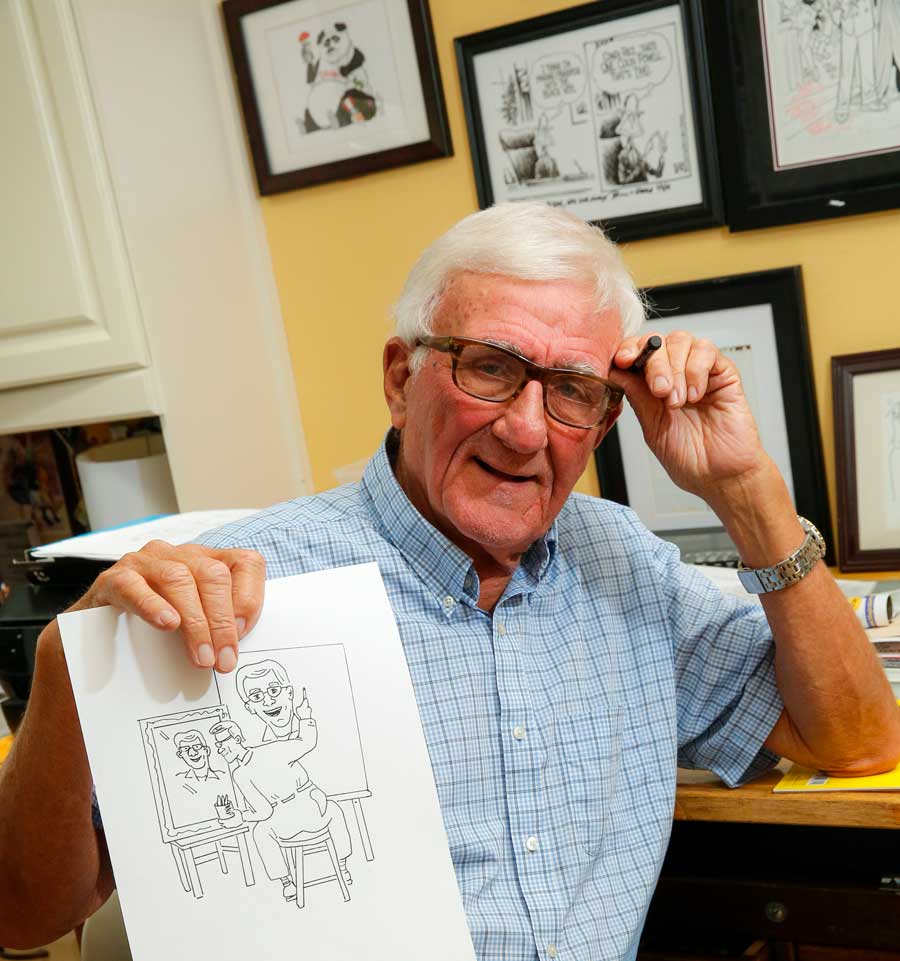 MEET A VILLAGER: A Cartoon Character

Make a casual comment around cartoonist George Pieper and he’s prone to get out his sketchpad and turn it into a cartoon that generates chuckles.

“My wife will say something and I just run with it,” he says, recalling the day Noreen asked him to go to a grocer’s seafood department to get some fresh fish.

Nothing strikingly funny about that, right?

“But I get the idea of the guy walking from behind the counter with a fishing pole in his hand and a fish is on the end of the line dripping wet,” George says, “and the employee saying, ‘Our store guarantees fresh fish every day, ma’am.’”

Cartooning has been George’s passion for decades. He never tires drawing caricatures of people and animals, and Noreen doesn’t mind when her husband sketches funnies from comments she makes or something she sees as comical.

“I think it’s a compliment,” Noreen says. “It shows me that he has some of the same attitudes that I have about the funny side of The Villages.”

It also shows he listens!

He relishes The Villages lifestyle and the chance to teach cartooning to fellow Villagers and others at The Villages Lifelong Learning College. In his class, students learn how to draw the cartoon head, facial expressions, and action poses for both male and female characters.

George believes cartooning is an art Villagers can learn and share with their grandchildren.

“They want to have a real strong bond with their grandkids, and kids are totally fascinated with cartooning,” George says.

He loves to draw for children, too, and he recently joined the Florida Chapter of the National Cartoonists Society in drawing for ill children at the Florida Hospital for Children in Orlando, during the organization’s inaugural Cartooning for Kids’ event.

One little guy wanted George to draw lions, tigers, bears, and other critters.

“He was so precious and he started to open up to me,” he says.

George was 17 and a high school graduate when his grandfather got him a job as a copy boy at the St. Louis Post-Dispatch, where he was tutored in the art of cartooning by a senior cartoonist.

“I was taken in by the artist. I used to hover over him and watch him draw,” George recalls. He told the artist he longed to be a cartoonist someday.

“He gave me books to take home and study,” George says. “I would draw, and draw, and take them back to him and he would critique them, and one day he said, ‘I think you’re ready!’” 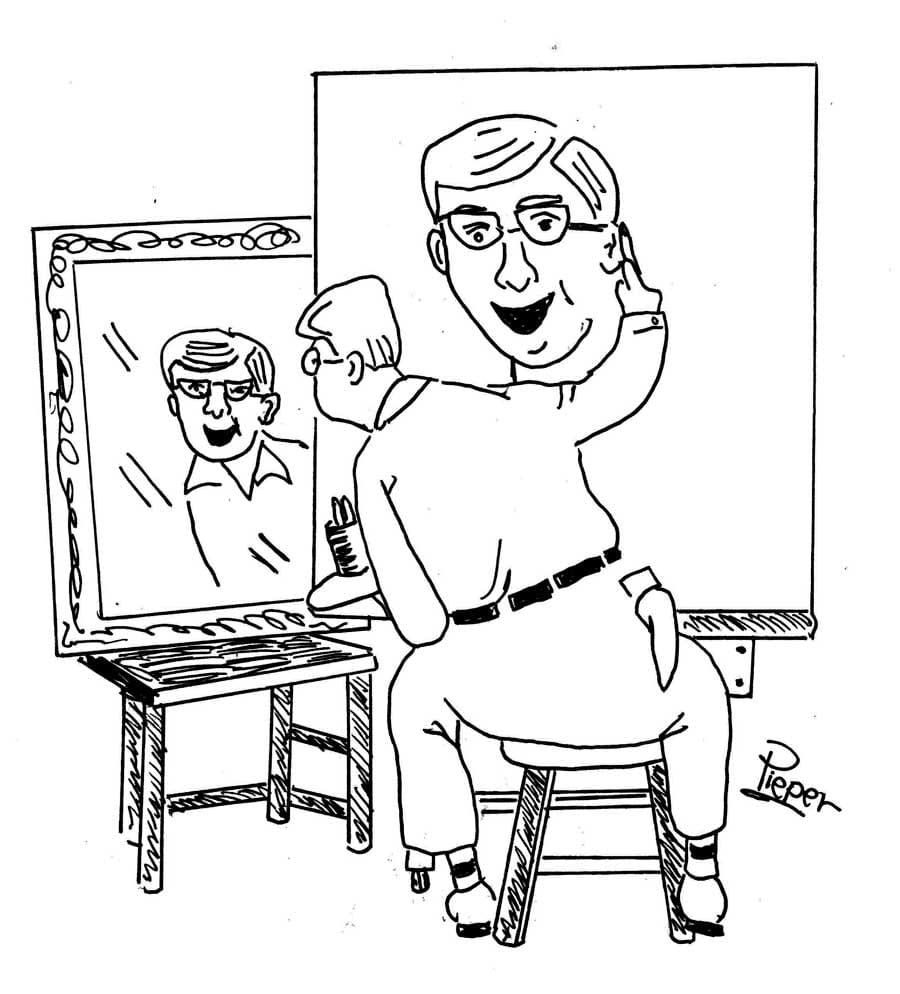 George’s father made him a walnut drawing board, and he began sending out his cartoons, and selling a few, to magazines before he joined the military. While in the U.S. Navy from 1957 to 1979, he produced two books of cartoons, called “The Scuttlebutt,” and his cartoon panel, “Navy Beans” appeared in Soundings, the Navy newspaper.

George also was a political cartoonist with the Alexandria Gazette and the Manassas Journal Messenger in Virginia.

“I was very fortunate in 1992 to be voted into the National Cartoonist Society. There were many great cartoonists who actually voted on my resume,” says George, who didn’t expect to be accepted into the society because he wasn’t a syndicated cartoonist. However, his peers were impressed with his published works.

Once he was accepted, he served on the educational committee. He advised the group to reach out to youths who were unable to afford art classes.

“I feel the NCS should put out a book to give to them,” he says of young students who aspire to become cartoonists. After all, George hasn’t forgotten the senior cartoonist who helped him.

The art studio of George’s home is filled with signed cartoons from cartoonists he admires, and in his collection is the last “Peanuts” cartoon of the late Charles Schulz, whom George met many years ago.

“He was a quiet, austere man,” George says, recalling Schulz died just hours before his farewell strip of Charlie Brown, Snoopy, Linus, and Lucy appeared in newspapers. The timing of the two events was a surprise since cartoons are drawn weeks before publication.

Among George’s favorite times in cartooning was visiting military hospitals where he drew caricatures for disabled veterans, including amputees requesting to be drawn with arms throwing a football.

George will soon publish his third book of cartoons.

“I can actually see the finished drawing before I start,” George says of each and every cartoon he draws. “This was a gift from God. I am thankful for it and all of my blessings.”