MEET A VILLAGER: For all veterans past and future 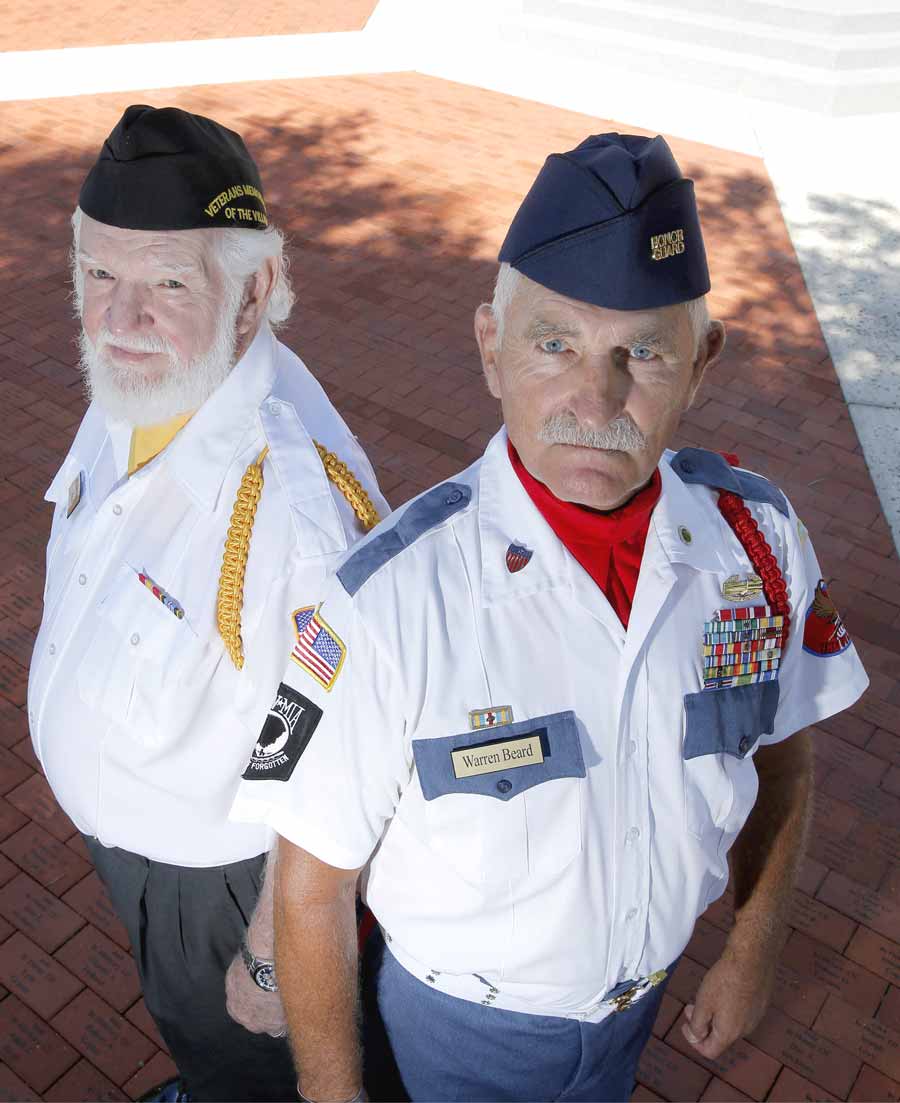 MEET A VILLAGER: For all veterans past and future

Veterans Memorial Park in The Villages has hosted dozens of events on key military and national holidays — including Armed Forces Day, Memorial Day and Veterans Day — since being dedicated on Nov. 11, 1998.

Both the park and its honor guard, which was established in 2003, have given thousands of area residents and visitors the opportunity to remember, honor and pay respects to veterans past and present. Richard Simpson, Veterans Memorial Park Board president, and Warren Beard, commander of the park’s Honor Guard, sat down with Style to discuss the importance of the park and its honor guard.

STYLE: Richard how did you first get involved in Veterans Memorial Park?
RICHARD: When I first moved to the area, I joined the VFW, and that’s when I got involved. I was in the Honor Guard serving as a rifleman for two years, and later, I served as commander for about eight years. The last two years, I’ve been the president of the board for the park.

S: Warren, how’d you get involved?
WARREN: I retired from the military in 2011, and when I moved to The Villages, I found out about the Honor Guard from the local newspaper. I thought it might be something interesting to be involved in, since I was fresh out of the military. I thought I could provide some help and promote some new ideas.

We attend our regular meetings, attend training sessions in marching and you have to know how to use the M1 rifle for the seven-fire volley, and then there are the actual ceremonies. When we participate in the ceremonies, we’re providing the community with a certain amount of insight. When they see the Honor Guard, it just adds a military flavor and a special meaning to the ceremony itself. That’s our responsibility to make that connection with the audience.

S: Do you think having the Honor Guard participate in the ceremonies is an emotional experience for both the guard and the audience?
W: I think it is. More for the people who have not been in the military, I think. I think it helps them better understand [what’s going on]. Then there are those veterans who come and still want to pay respect to the flag and to the meaning of the day at hand.

S: Richard, what does it mean to you to be a part of the park’s activities?
R: I’m in awe when I go there. It’s something I’m doing for my fellow veterans, fellow brothers and sisters. Whether you know them personally or not, we all have worn those uniforms.

S: Can you explain about the memorial bricks that line some of the park grounds?
R: The memorial bricks are the park’s primary source of income. You can purchase a brick that will honor or remember a veteran for $55. They are dedicated each year on November 11. I had one guy who had four generations of bricks at the park. That was really heartwarming.

S: How do you purchase a brick?
R: If someone is interested in purchasing a brick, applications are available near the podium at the park or you can visit our website (www.thevillagesmemorialpark.org) for more information. We also have a booth at the squares on market night.

S: Warren, if someone is interested in becoming an Honor Guard member, who should they contact?
W: They can email me at webeard51@gmail.com.