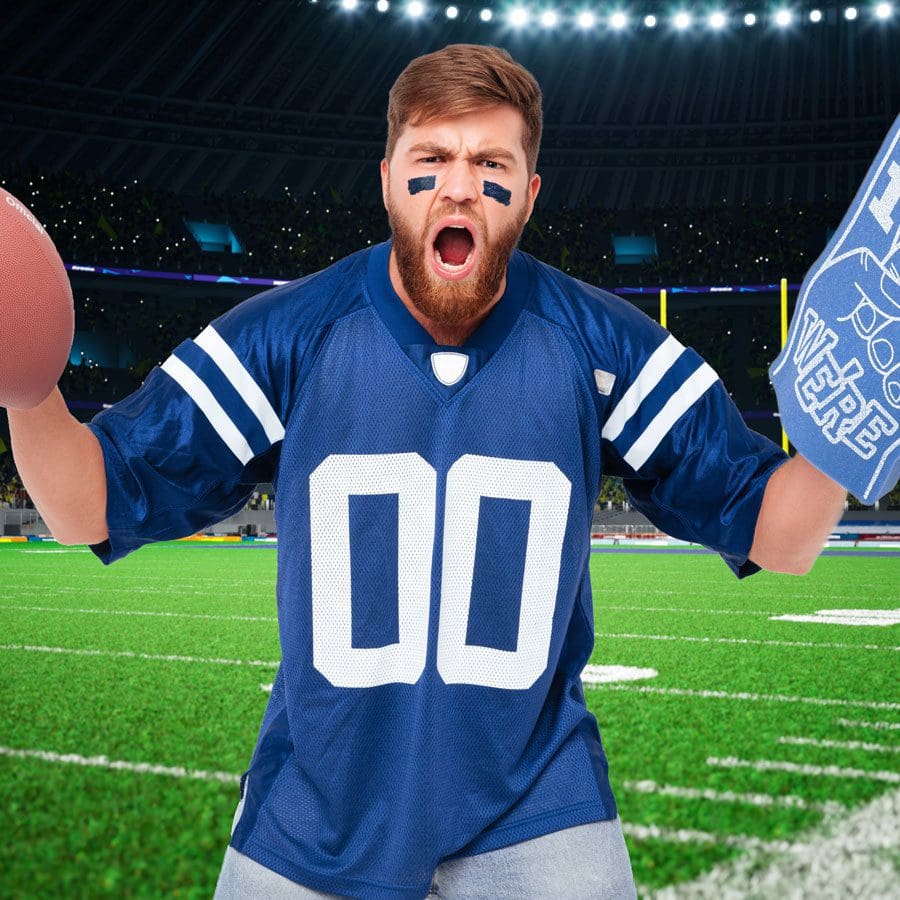 Unclench your fists, enjoy the popcorn, and watch the game.

It began with a little smack talk.

Then the men found themselves face to face. Insults were hurled, followed by a torrent of punches, kicks, and headbutts. The enraged combatants wrestled each other to the ground as curious onlookers used their cellphones to video the melee and make it go viral.

It’s what you’d expect to see in a heated rivalry game. Except, in this case, the violence was in the stands.

Fan fighting seems to be an increasingly growing problem inside collegiate and professional sports venues. Call me old school, but I have a problem when middle-aged, beer-bellied men are providing more action than the teams on the field. I pay for my seat with my hard-earned money. The last thing I want is for a horde of brawling dimwits to ruin the experience for me.

Perhaps it’s time for me to start enjoying games from the comfort of my recliner. That way, I can avoid outrageous people like the Cleveland Browns fanatic who tackled an 8-year-old New York Jets fan in the parking lot following a game in 2010. Or the fan who fatally stabbed a 24-year-old man outside Dodger Stadium in 2013. Or the fan who pushed a man in his early 20s over a second-deck railing during the 2016 NBA Finals.

What gets these people so riled up that they’re willing to inflict injury on a total stranger and risk spending time inside the county jail? I doubt they’re attending a game to discuss the opioid epidemic or health-care crisis, two topics worthy of real passion.

In most cases, it’s probably one of two things. First, the combination of 12 beers and a lackluster performance from the home team likely will exacerbate feelings of hostility. Second, the Chuck Norris-wannabe fan with all the free-floating rage spends the entire game looking for a target until he finds someone to take the bait.

Look, sports venues are not the Wild West. We’re there to cheer our teams, not walk around clinking our boot spurs and twirling six-shooters. Enjoy everything that makes being at a sporting event great: mascots and cheerleaders, the wafting aroma of popcorn and hot dogs, the crowd cheering.

If you have trouble keeping your cool, then it’s best to stay home.

Your absence ensures that athletes—not the fans—are providing the best action.