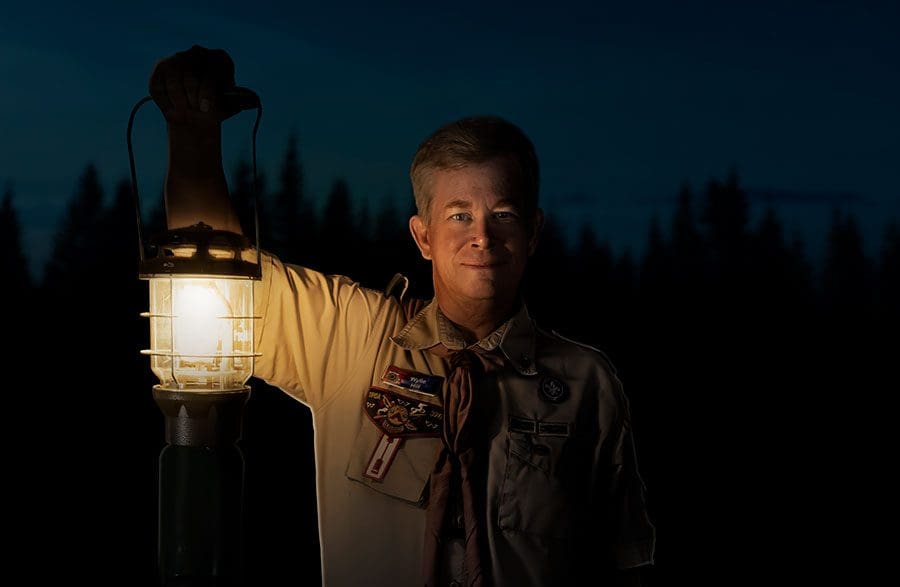 How long have you been affiliated with the Boy Scouts, now Scouts BSA?
I was a Cub Scout and then a Boy Scout for a few years. I got involved again when my oldest son was the age to start Cub Scouts. They were forming a troop that met at Graceway Church in Leesburg. That was in 2010. I moved on to lead Boy Scout Troop 299  as my sons got older.

What is your mission as a scout leader?
Character development and leadership. That is something they are not going to learn in other situations. When the boys get older and join groups and clubs and are elected to be an officer, they are just kind of thrown into it. With the Scouts, we teach it from a young age. Boy Scout founder Lord Baden-Powell described Scouts as a game with a purpose. Through the years, I have noticed the leadership skills you can see in the Scouts over their peers.

What is the fun for you in being a scout leader?
The camping trips are always fun, and I really enjoy mentoring the Eagle Scouts as they prepare to do their final project. I encourage the Scouts that plan to go all the way to Eagle Scout to do it while they are around 15. I like to say they should do it before the fumes take over—the gas fumes and the perfumes.

Describe the thrill of winning Scoutmaster of the Year:
It was announced at our annual leadership dinner in May. I was in shock, but it was a pleasant shock. It is really nice when the recognition comes from your peers.

How has being a Scout changed since you were a Scout?
The Scouts are always changing and evolving to stay relevant. If you look at some of the early handbooks, they were teaching the boys how to defend themselves against rabid dogs, while today there is a big STEM (science, technology, engineering, math) movement in scouting. There is a focus on electronics and robotics. I just got back from touring one of the mobile units; it was really something.