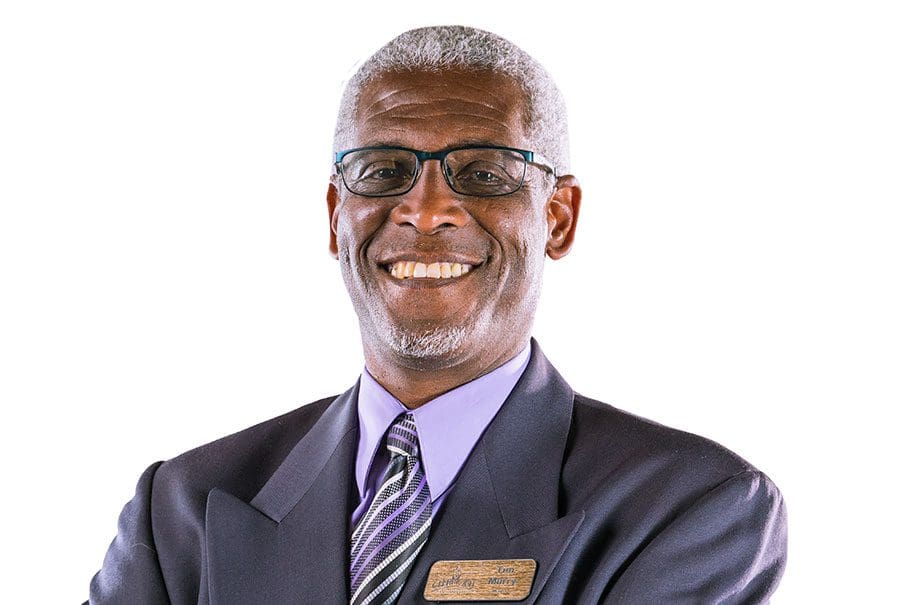 Local native on a mission to serve citizens and lead Clermont with an open mind and heart.

Thoughts when you found out you were elected? I was at a planning and zoning board meeting when I received my first update of the election results and that I had a slim lead. Thank God the meeting was coming to an end because it was hard for me to contain my excitement. About 20 minutes after the meeting, I received my first official unofficial notice that I won. I was driving so I had to stop for a couple of minutes to give thanks to God and my wife for her support. After sitting and realizing that I had won the election, I could only start to think about getting to work on the promises I made during my campaign.

How long have you lived in Clermont? I was born and raised in Clermont where I resided until 1972 when I left to attend college in Tallahassee. I moved to Connecticut in 1974 where I joined the U.S. Air Force in 1975. After retiring from the U.S. Air Force in 1998, I lived in Kissimmee and Orlando before moving back to Clermont in 2001. In 1999, I began working for the U.S. Postal Service, a second career which spanned nearly 22 years before my retirement in January 2021.

Goals as mayor? Increasing affordable/workforce housing and increasing community-police relations, working to improve traffic issues on the county roads of Hancock and Hartwood Marsh, and to work with our police and fire departments to make sure they can continue to provide quality services as our city continues to grow.

What do you like most about serving as mayor? I enjoy meeting and talking with residents, sharing Clermont’s history, and most all, bragging about the beauty of Clermont.

Other city roles you’ve held? I served on Clermont’s code enforcement board for three years. I attended Clermont’s City Council on a regular basis to speak about various issues and conditions in the community. I served on two citizens’ advisory task forces for Community Development Block Grants and I was serving on Clermont’s Planning and Zoning Board when elected.

Notable achievements as mayor, thus far? While we’re working on recruiting the next city manager, I have been a little tentative about trying to introduce new policies and ideas. However, a couple of things that I have done that I am proud of is the purchase of additional property on Lake Minneola, implemented monthly updates from the county commissioner, and refined procedures for public comments at city council meetings and being placed on city council meeting agenda.

What college(s) did you attend and what are your degrees? Upon graduation from high school, I attended Florida A & M University for two years before moving to Connecticut. I have associate of arts degrees from Rose State College in Midwest City, Oklahoma; Saint Leo College in Florida, and The Community College of the Air Force. In addition, I have a bachelor of science degree in management/human resources from Park College in Missouri, and a master of business administration from the University of Phoenix, Arizona.

Favorite foods? Chicken and fish, along with fruits and vegetables.

What advice would you give your younger self? In looking back on a younger me, I would advise myself not to rush to decide on a career path. Take the time to step out and explore various avenues.

Is there anything you’d like to do to make yourself more accessible to citizens? Now that we are getting back to somewhat normal since COVID-19, I will be looking to start monthly “Lunch with the Mayor” stops. I make myself visible by attending as many public events as possible.

Something you’ve noticed about people since taking office? I will say that taking office has reinforced my belief that there are a lot of good people out there and for the most part, they just want to be heard.