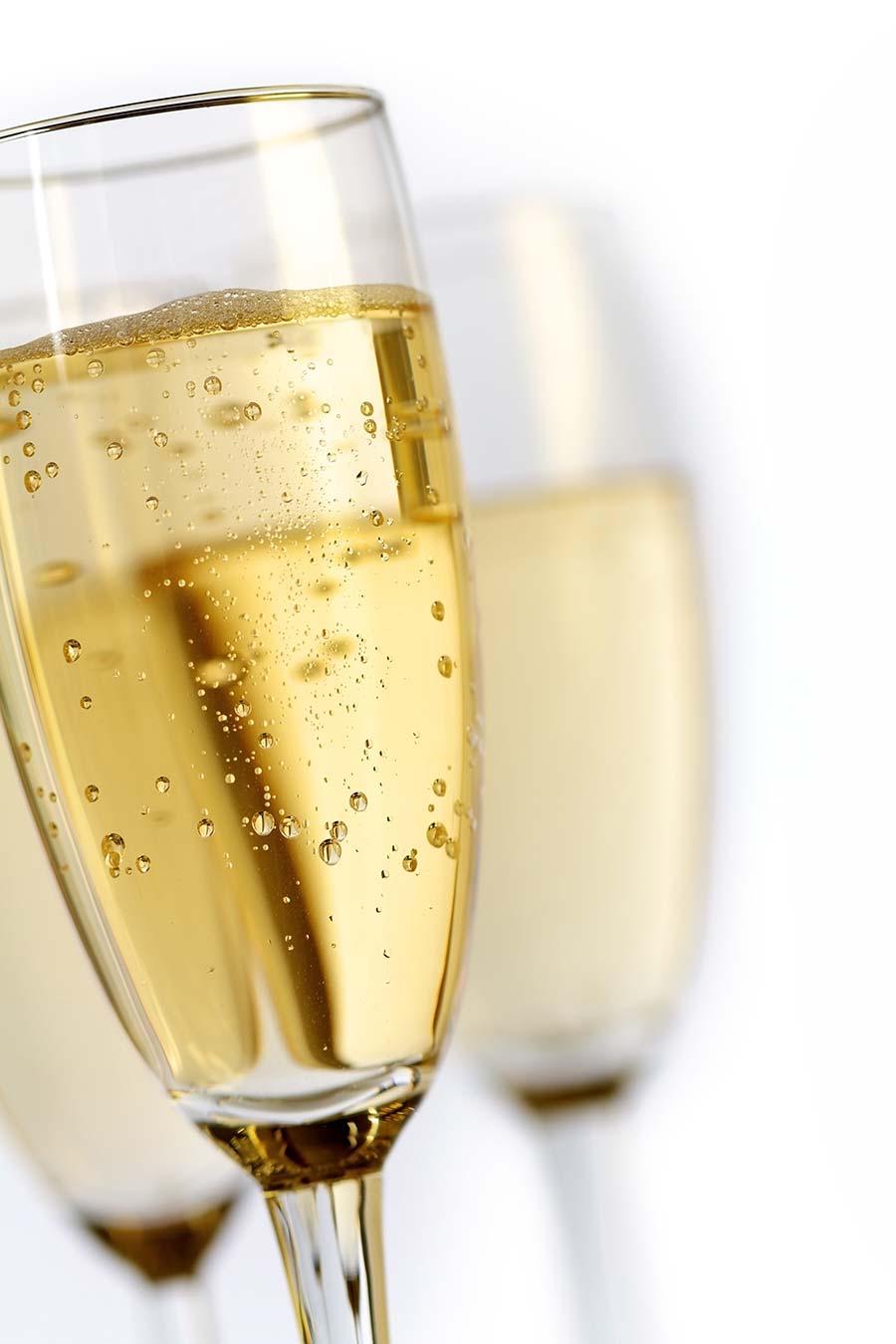 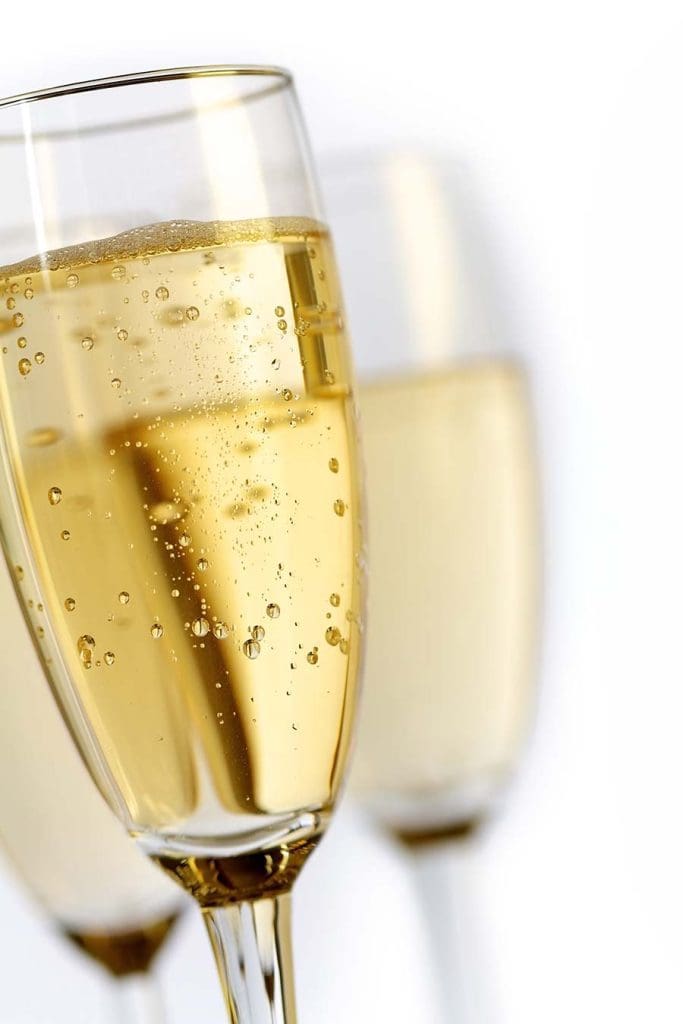 Prosecco adds sparkle to holiday meals without breaking the bank. This quintessential wine from northern Italy is a perfect choice for elegant dinners as well as impromptu gatherings.

The holidays call for a festive wine that is both food and budget friendly. A nice glass of “bubbly” is inviting and enjoyable, and while good champagne is always a hit, it can get expensive with friends and relatives dropping by from Thanksgiving until the New Year.

One of my favorite go-to sparkling wines is prosecco because of its refreshing taste and excellent pairing opportunities with holiday flavors.

Many wine regions produce sparkling wines, but none are able to match Italy’s Conegliano-Valdobbiadene region for true prosecco flavors and freshness. After all, this northern Italian hill country above Venice is the birthplace of prosecco. The area is also home to Italy’s first winemaking school, founded in 1876. The region was recently nominated for a UNESCO World Heritage site designation, and tourists are discovering its agritourism offerings.

Just as other countries have wine routes, northern Italy has its own Strada del Prosecco, a trail dedicated to the area’s most well-known wine. Established in 1966, the route winds through the rolling hills between Conegliano and Valdobbiadene, two historic towns just below the picturesque Alpine-Dolomite mountains in Italy’s Veneto region. Along the way, many wineries that make Prosecco Superiore DOCG—the top-of-the-line version—are open to visitors for tastings as well as overnight stays.

As you think about sparkling wines for holiday celebrations, consider the differences. Price is most likely a major consideration. A bottle of good champagne that’s not too sweet or too dry will average about $40. Prosecco, by comparison, runs about $20 or even less. For that reason, prosecco, a less complex wine, is a better choice when it comes to mixing up a pitcher of mimosas or Bellinis for holiday brunches.

Cost and complexity are not the only differences; the grapes are also different. Champagne usually contains chardonnay, pinot noir, and pinot meunier grapes, and American sparkling wines usually contain a blend of those same grapes. Prosecco, however, is produced primarily from glera grapes, which are native to the Veneto region. Therefore, the flavors will be different. Prosecco is often characterized by notes of tropical fruits, hazelnut, vanilla, and honeycomb. Champagne offers a “toastier” version of these flavors and more, including peaches, cherries, or raspberries.

During a recent prosecco tasting, friends commented on how different the bubbles looked. Champagne bubbles are often described as “fine.” Prosecco bubbles are light and frothy and do not last quite as long as champagne’s. Part of the reason is that the production methods are quite different. The champagne-making process, known as Méthode Traditionnelle, is labor-intensive and requires the wine’s secondary fermentation to take place in the bottle. Prosecco’s method, known as Charmat, takes place in stainless steel tanks, and the wine is not bottled until the second fermentation is complete.

Once known as “the poor man’s champagne,” prosecco’s quality has improved so much that sales are growing. According to nielsen.com’s Newswire, prosecco sales were up 32 percent in 2015 while champagne grew by only 8 percent that same year. In Britain, prosecco sales have already jumped ahead of champagne. In the U.S., prosecco sales account for 14 percent of all sparkling wine sales.

Borgoluce – Rive di Collalto, Valdobbiadene, Prosecco Superiore DOCG: Borgoluce is more than a winery. It produces everything necessary for daily life inside the estate, including meats and charcuterie, buffalo milk dairy products, olive oil, and acacia and wildflower honey. If you find yourself on the prosecco wine trail, stop in for a guided tour and a lesson in eco-sustainability.

De Faveri GeG: Prosecco from the De Faveri family is light and fragrant with a hint of springtime flowers. The winery began in 1978 and produces consistently good wines.

Sanfletto Bosco di Fratta: If you see this bottle in a shop, you’ll think it’s a brandy bottle, not a wine bottle. Because of the bottle’s unusual shape, I expected sweeter wine, but it was drier than any of the others I tasted, and it paired well with antipasti and cheeses.

Before serving prosecco, follow these suggestions from the Producers’ Consortium for Conegliano-Valdobbiadene Prosecco Superiore DOCG:

Because prosecco tends to be sweeter, it is ideal with cured meats and fruity appetizers. The perfect pairing is prosciutto-wrapped melon, but it’s also great with sushi.