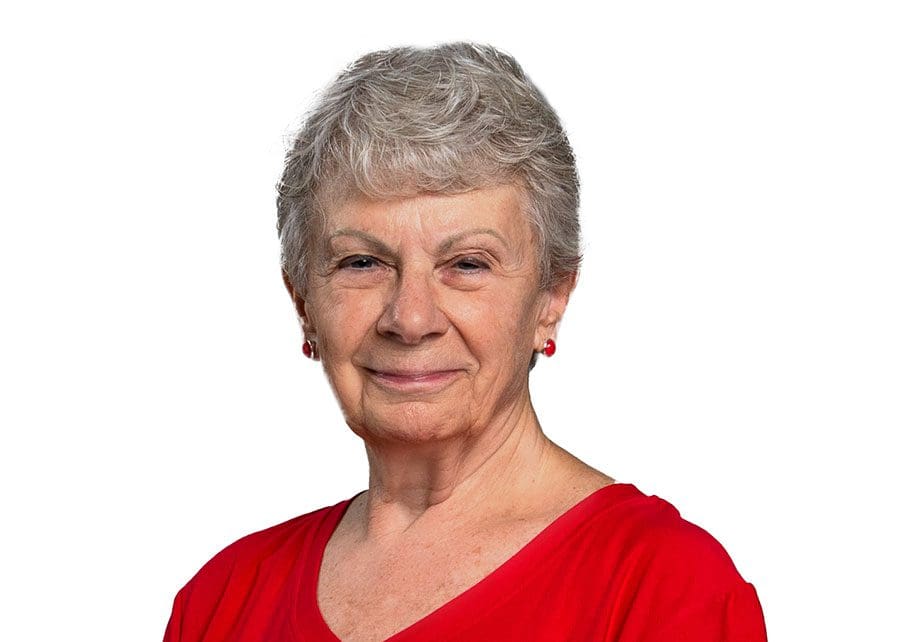 Villager trades pioneering hat for one that allows for a more fun and relaxing way of making a difference for others.

Dave and I just love The Villages. We moved here in 2008, and we couldn’t think of a better place to retire. It’s the perfect place to keep active while you’re growing older.

I like to garden, and I enjoy cooking. I also joined The Villages Genealogical Society after moving here and began tracing my family back little by little. I started with what I knew, and one thing led to another. Now I have about 1,000 people in my family tree.

I worked at Maritime Services International as a marine terminal supervisor of the west coast (directing, docking, and discharging ships carrying automobiles into the U.S.) in the late 1970s. I became known as a pioneer because in those days, there were no women on the waterfront. In the early 1990s, I started working for Dave at Ketel One Vodka, (company he founded). We went to Reno, Nevada, then I worked with him when he ventured off to Van Gogh Vodka. Today, Ketel One Vodka is still one of the biggest import vodka brands in the world.

Those who know me, know that:

I love Starbucks and I have a collection of about 200 mugs, most of them from different Starbucks locations from all over the world where we’ve traveled.

Words to live by:

When one door closes, another one opens. However, a younger me once said, ‘If anything is worth doing, it’s worth doing well.’ That’s the aging process, I guess.